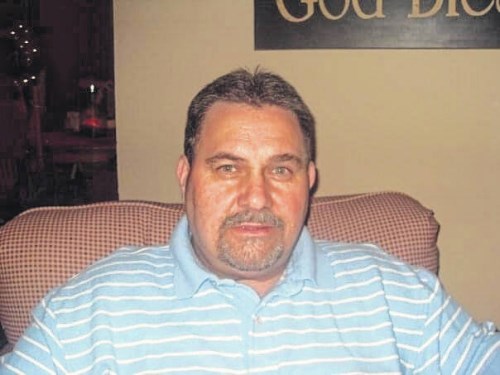 XENIA — Jimmie Ray Grigsby, age 70, of Xenia passed away Friday, September 3, 2021. He was born April 10, 1951 in Hazard, Kentucky, the son of Ray and Jackie (Davis) Grigsby. Jimmie had been involved with material handling for 50 years, retiring from Pro Lift Toyota Material Handling. He graduated from Xenia High School, Class of 1969. He enjoyed golfing, watching basketball, the Cincinnati Reds and the Ohio State Buckeyes. He especially enjoyed being with his family and was an adoring grandfather. Jimmie was preceded in death by his parents; his wife of 50 years, Deborah L. (McClanahan) Grigsby on June 14, 2021; and sister: Jackie "Sissy" Jenkins. He is survived by his children: Carrie Grigsby; William Eric Grigsby and Jason Grigsby; grandchildren: Alex Grigsby; Bailey Grigsby; Hannah Grigsby; Chase Miles; Cole Miles; Carson Grigsby; Paisley Grigsby and Maverick Grigsby; and a great granddaughter: Mila Lauricella; brothers: Gary and Jerry Grigsby and sister: Sandra Payton; as well as nieces and nephews. He will be buried with his wife at 1PM Friday, September 10, 2021 at Woodland Cemetery with Rev. Ron Swiger officiating. Online condolences may be made to the family at www.mccolaughfuneralhome.com.

Published by Greene County Dailies from Sep. 9 to Sep. 10, 2021.
To plant trees in memory, please visit the Sympathy Store.
MEMORIAL EVENTS
To offer your sympathy during this difficult time, you can now have memorial trees planted in a National Forest in memory of your loved one.
Funeral services provided by:
McColaugh Funeral Home
MAKE A DONATION
MEMORIES & CONDOLENCES
1 Entry
I grew up with Jimmy, Gary, and Sissy. My mom and his mom Jackie were best friends. My prayers to Gary, Sandra and the rest of the family. Rest in Heavenly Peace my friend.
Chuck Caldwell
September 11, 2021
Showing 1 - 1 of 1 results