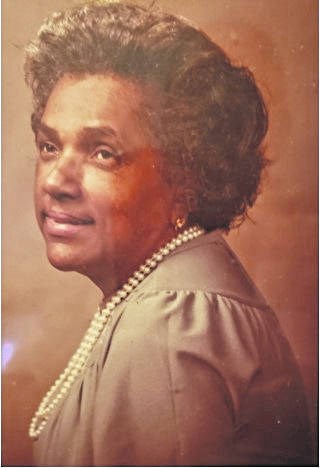 CEDARVILLE — June West, 96, departed this life peacefully on April 27, 2021, in the home of her son and daughter in-law, Gary and Shanda West in Florissant, Missouri. June was the seventh of nine children born to Haywood and Myrtle (Banks) Willis. A native of Cedarville, Ohio and a graduate of Cedarville High School, June was an outstanding athlete, starring in basketball during her high School years. After high school and during World War II, June worked at Wright Patterson Air Force Base as a machinist, refinishing parts for automotive and aircraft engines. She can be called one of the original "Rosie the Riveters" i.e., women who worked factory jobs while the men were fighting the war. In later years, June worked in the cafeteria at Xenia High School before her retirement. Following the war years, the Baby Boomers arrived, and June and her husband, Marvie, began raising a family. The mother of five children, twelve grandchildren, eleven great grandchildren and sixteen great, great grandchildren. June was a lifelong member of the A.M.E Church, St. Paul A.M.E Cedarville, Ohio from infant to early adulthood, St. John A.M.E and then United A.M.E in Xenia, Ohio for close to 60 years and Imani A.M.E in St. Louis as an Affiliate Member for her remaining eight months of life. She was active in many capacities serving as a member of the Women's Missionary Society, Ladies Aide, MPJ Lay Organization, the Stewardess Board, Senior Usher Board, Culinary Arts, Helping Hands and numerous other volunteer boards and committees. As a member of the Stewardess Board, she enjoyed her service to the sick and shut in and taking members their communion and offering prayer with the various Pastors of the church. June is most proud of her commitment to her family, the church, and the community and states that she led all her children and grandchildren to know Christ and that they should contribute to the betterment of society. Every Sunday morning, she marched the children to Sunday School then morning service and sometimes evening services. June and Marvie loved to travel owning several campers and traveling to every state in the United States except Alaska. They were also featured on the cover of "Camping World," with an article about African American Campers. There was great joy for the grandchildren after they turned six years old, they could travel with Grandma and Grandpa across country in their camper. June leaves to cherish her memories Sons, Marv (Beryl) of Gahanna, Ohio, Frank (Michele) of Xenia Ohio, and Gary (Shanda) of Florissant, Missouri; Grandchildren, Kevin (Genna) Caldwell, Karen Caldwell, Anthony Caldwell, Sharon Caldwell, Dawn Smith, Alaina West, Brian West, Brenton West, Christopher (Krista) West, and Patrick (Jennifer) West; 11 great grandchildren, 17 great grandchildren and a host of nieces, nephews and friends. June was preceded in death by her husband, Marvie of 67 years, a son, Eric West, a daughter, Jan Smith and a grandson, Shawn Smith. Additional family members who preceded June in death were brothers, William (Launa) Willis, Kenneth (Dorothy) Willis, Carl Eugene (Almeda) Willis, Wendell (Bernice) Willis and Robert (Garnet) Willis; sisters, Eula (William) Harding, Christine (Owen) Davis, and Wanda Moore. Service for June West will be held on Monday, May 10, 2021, at United A.M.E. Church, 286 East Church Street, Xenia, Ohio. A walk-through visitation will be held from 11:00 am -1:00 pm until time of service which will be private at 1:00 pm due to COVID-19 with Rev. Dr. John E. Freeman, officiating. Interment will follow at Massie Creek Cemetery in Cedarville, Ohio. Social distancing protocol will be observed, and face mask will be required. Arrangements entrusted to Porter-Qualls-Freeman Funeral Home.