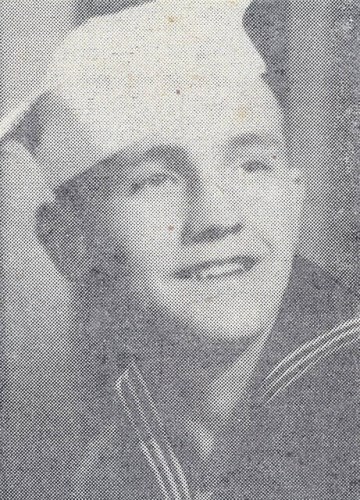 FAIRBORN — Kenneth D. Riber, age 87 of Fairborn, passed away at home on Saturday September 4, 2021 surrounded by his loving family. He was born November 13, 1933 in Dayton, the son of the late Harley Sr. and Bertha Riber. Kenneth attended Bath High School and then served his country in the US Navy, including two tours of duty in Korea. He was employed as a cabinet maker for many years, and then he and his wife, Sherry, owned and operated Ward's Flower Shop and Landscaping in Hillsboro from 1983–1996. They also operated a small farm during that time before semi-retiring and joining Coldwell Banker Realty. In addition to his parents he was preceded in death by his loving wife, Sherry L. Krug Riber; his first wife, Betty Foster Riber; sisters, Rosalea A. Barron, Myra L. Neece, Lois J. Henry; and brothers, Harley Jr., Robert C., and Richard L. Survivors include his children, Jeffrey D., Terry L. and wife Tammy, Jerry L., Denise A. and husband Billy Joe Deck; as well as grandchildren, great-grandchildren, numerous nieces and nephews, and many friends. A private service will be held by the family with burial in Byron Cemetery. In lieu of flowers, memorial contributions may be made to Hospice of Dayton. Arrangements in care of Belton-Stroup Funeral Home, Fairborn.

Published by Greene County Dailies from Sep. 9 to Sep. 10, 2021.
To plant trees in memory, please visit the Sympathy Store.
MEMORIAL EVENTS
To offer your sympathy during this difficult time, you can now have memorial trees planted in a National Forest in memory of your loved one.
Funeral services provided by:
Belton-Stroup Funeral Home - Fairborn
MAKE A DONATION
Please consider a donation as requested by the family.
MEMORIES & CONDOLENCES
2 Entries
Debbie and Mildred Collette just found out about our uncle Kenneth. To the Ribers Jeff, Terry, Jerry and Denise. Sorry about loosing your dad.
Debbie Fritz
Family
September 15, 2021
So sorry I just saw where Kenny passed away.
Mildred Collett
September 15, 2021
Showing 1 - 2 of 2 results