YELLOW SPRINGS — Richard P. Cook longtime resident of Yellow Springs and Xenia, Richard Paul Cook passed away at Friends Care on April 6, 2018 in the company of his wife, Ann. He was 87. Born in Lufkin, TX he received his degree in Architecture from Texas Tech University. He worked as a draftsman and architect at a number of firms, including with the renowned architect, I. M. Pei. He moved to Yellow Springs in the early 1960's when he was recruited to serve as the architect for the National Museum of the United States Air Force at Wright Patterson Air Force Base. He later joined the architectural firm of Max Mercer in Yellow SPrings, eventually forming his own firm, Richard Cook & Associates. In his many years practicing, he designed many commercial, academic and residential buildings. His projects ranged from designing McGregor Hall on the Antioch Campus to the Sparks house on Grinnell Circle to a jail in Kentucky. He received the AIA designation from the American Institute of Architects. He later turned his professional attentions to designing, building and managing over 60 single-family homes in Xenia. When he moved to Yellow Springs, he rented an apartment owned by former residents of Yellow Springs, Vernon and Phyllis Cannon, the brother and sister-in-law of Richard's future wife, Ann Cannon Cook. Richard and Ann were married June 15, 1963 and lived for many years on the corner of Grinnell and Clifton Roads. In 1972 they moved to "Bladderwort Farms" in Xenia off Jacoby Road, where they stayed for more than 30 years when they moved to Meadow Lane in Yellow Springs. Subsequently, they moved to Assisted Living at Friends Care Community in Yellow Springs. Richard was a man of words and ideas, and there was nothing he enjoyed more than mixing the perfect gin & tonic and engaging in good conversation with intelligent, articulate people. Richard and Ann also enjoyed traveling, going on extended trips to many destinations, including the Caribbean, Bali, South and Central America, as well as a "circumnavigation" of the US in with their travel trailer. Richard was also an avid sailor, and spent many happy years sailing on and renovating a wooden sailboat. Richard will be missed by many. He leaves Ann Cook, his wife of 55 years, his daughter, Kim Hickok and her children, Angela Miller and Jason Hickok, and his son, Kyle Hickok, daughter-in-law Pamela (Ennis) Hickok and their daughter, Chase Hickok. Memorial arrangements are still being made. 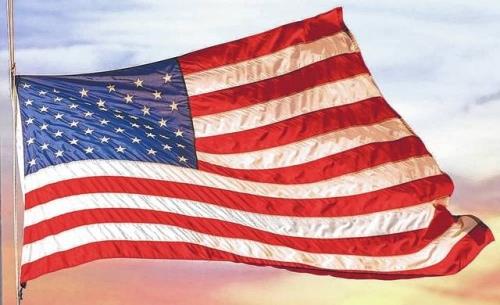 Published by Xenia Daily Gazette from Apr. 18 to Apr. 19, 2018.
To plant trees in memory, please visit the Sympathy Store.
MEMORIAL EVENTS
To offer your sympathy during this difficult time, you can now have memorial trees planted in a National Forest in memory of your loved one.
MAKE A DONATION
MEMORIES & CONDOLENCES
1 Entry
Toni
April 20, 2018
Showing 1 - 1 of 1 results