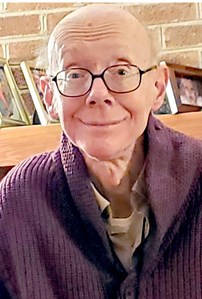 Greensboro, NC – Benjamin Franklin "Frank" Barefoot passed away unexpectedly at his home the morning of September 9, 2021.

Frank was born in Raleigh, NC on February 28, 1951, to the late Raymond Vernon Barefoot and Elizabeth Whitehurst Barefoot. He graduated from Needham Broughton High School in 1969. He received a Bachelor's Degree in English from NC State University in 1973. He later earned Masters Degrees in English and Library Science from UNC-Chapel Hill.

In 1978, Frank began a 40-year career as a reference librarian with the Greensboro Public Library. In his position as Government Liaison Librarian, he was known for his expertise in obtaining and accessing information and documents from all types of government agencies. Due to his professionalism and patience, those who did not know or remember his name fondly called him "Library Man."

Among his other activities, he served for many years as an election worker in Guilford County and held the position of chief judge at Precinct G13 for the past several years. After his retirement, he volunteered briefly with the Volunteer Income Tax Assistance (VITA) program, until health issues interfered.

A gifted musician, Frank played violin with the Philharmonia of Greensboro for over 30 years. He also occasionally served as a soloist in worship both at his own church, Jamestown Friends Meeting, and as a guest musician at First Presbyterian Church in Raleigh. In addition, he served Jamestown Friends by singing in the choir, as well as serving at various times on the finance and building & grounds committees. He was a man of faith and believed strongly in the power of prayer.

Among his many talents and interests, Frank's love of music encompassed country and bluegrass, as well as classical and sacred. An avid sports fan, his loyalties were to his beloved NC State Wolfpack and the Atlanta Braves baseball team. Besides his family and friends, to whom he was always kind and exceedingly generous, his greatest loves were his rescue cats, Jacques & Pierre.

Frank is survived by his sister Lydia Sue Cammann and her husband, Doug, of Apex, NC, as well as many dearly-loved cousins on the Barefoot and Whitehurst sides of his family. Even though retired, he also cherished and kept in contact with his "work family," with whom he shared many great memories, including trips both within the US and oversseas.

A funeral service is planned for 2pm, Wednesday, September 15, 2021 at the Montlawn Funeral Home, 2911 S. Wilmington St., Raleigh, NC. The service will be live-streamed. For those attending in person, COVID 19 precautions, including mask wearing and social distancing, will be followed. Burial will follow in the Montlawn Cemetery. A memorial service at Jamestown Friends Meeting will be held at a later date.

2911 S. Wilmington Street
Published by Greensboro News & Record on Sep. 13, 2021.
To plant trees in memory, please visit our Sympathy Store.
MEMORIAL EVENTS
Sep
15
Funeral service
2:00p.m.
Montlawn Memorial Park, Funerals and Cremations
2911 South Wilmington St, Raleigh, NC
Funeral services provided by:
Montlawn Memorial Park, Funerals and Cremations
MAKE A DONATION
MEMORIES & CONDOLENCES
Sponsored by Montlawn Memorial Park, Funerals and Cremations.
4 Entries
I lived in Greensboro my entire life & when I would go to the library as a kid, I always remembered the man with the red sweater. And of course as I grew up going to the library, the man with the red sweater & last I saw him, yes, the man with the same red sweater.. what an humble quiet man. Rest well Mr. Barefoot. To the family, you are in my thoughts and prayers. God bless you all, Carolyn Jones
CV Jones
Work
September 16, 2021
Frank was such a kind and caring man. I'm thankful our paths crossed through the Guilford County Elections office. We will certainly miss Frank!
Suzanne Troxler
Friend
September 13, 2021
During my 32 year tenure with the City of Greensboro, Frank was a supporter of my efforts to make the City the best place to live. Each research project that I worked on Frank and Art Davis always offered advice. Frank was one of those individuals that did not say no. He truly loved the City of Greensboro. Frank was a honest and caring individual. We discussed the growth of Raleigh and Angier, NC. Of course he would laugh and say "James I know Angier is somewhere down the road from Raleigh'. His professionalism was second to none. If you needed facts and correct information he was the source to go to. I am so sorry to hear about his passing but inside the thoughts of many citizens and employees of the City of Greensboro, we all knew Frank set the standard for excellence. Rest in Peace my friend!
James M. Howerton Dade City Florida
Work
September 13, 2021
My condolences to the family, with healing prayers and comforting hugs. Frank was known for wearing his red sweater everyday at work for his beloved NCSU and you can't forget his love for Stamey's barbeque. There was not a question Frank couldn't answer and I think he was the only person to get excited at tax time. We will miss him at Greensboro Public Library.
Geneva Headen
September 13, 2021
Showing 1 - 4 of 4 results