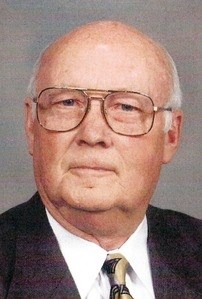 Christopher Jennings Shaw, Jr. left his earthly body on Friday, January 1, 2021 at the age of 89.

He was born on June 21, 1931 in Randolph County and was the son of the late Christopher Jennings Shaw, Sr. and Ila King Shaw. Chris attended Farmer High School and graduated in 1949. After high school, he attended Asheboro Commercial College where he earned an associate of accounting degree. Chris was a lifelong member of Calvary United Methodist Church where he served in many capacities.

Chris's professional career was both diverse and varied. He enlisted in the United States Navy on March 14, 1951 and served until March 9, 1955. While in the military, he served as a hospital corpsman in the Korean War. He served as an assistant administrator at Randolph Memorial Hospital, worked at WGHP Channel 8 when it first went on the air in 1963, and in the early 70's started Eastern Ads, where he was proud to have Food Town (now Food Lion) as his very first client. Chris retired from the Dallas Times Herald in Dallas, Texas and relocated back to Randolph County, where he lived until his death.

In addition to his parents, he is preceded in death by his sister, Nancy Shaw Little, and his brother, Jerry Vincent Shaw.

Chris married Anna Crowell in 1955. Together, they had two children who survive him: Cathy D'Amelio (Mike) of Greensboro, and Mark Shaw (Donna) of Mcleansville. He is also survived by his stepson, Jay McDougal, of Reidsville; granddaughter, Austyn of Greensboro, and his brother, Jack Shaw (Mabel) of Asheboro, a host of nieces and nephews and longtime friend Cynthia Hall of Asheboro.

His family and friends will miss "Pops's" love of family, Hershey's kisses, Double Stuffed Oreos and chocolate ice cream. He also loved his Dallas Cowboys and was an avid Duke Basketball fan.

A memorial service will be held at Midstate Cremation and Funeral Service in Asheboro, North Carolina on January 8, 2021 at 3 p.m.