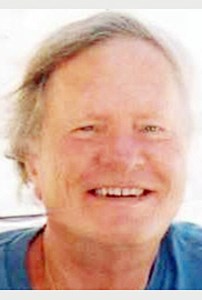 Claude "Rhea" Byrd, III, age 74, of Surf City, NC, passed away Tuesday, July 13, 2021 following an illness. Rhea was born and raised in South Knoxville. He was a 1964 graduate of Young High School. After serving in the US Navy, Rhea graduated from the University of Tennessee. Following college, he began his career with Wrangler Jeans and worked his way up to an executive position and retired after 40 years of service. Rhea loved traveling and Ireland was one of his favorite destinations. He was preceded in death by parents, Claude and Mildred Byrd. Rhea was the great-grandson of I.C. King, Sr. Survivors include beloved, long-time companion, Mary Byrd; sister and brother-in-law, Jennifer and Calvin Howard; niece and nephew, Angela and Charlie Howard; cousins, Rick, Emmett and Kathy Byrd, and many friends in Surf City and Knoxville. Family and friends will meet Saturday, July 24, 2021 at Woodlawn Cemetery for a 11 a.m. graveside service, Sam Darden officiating. Memorials may be made to Paddle 4 Troops, P.O. Box 2428, Surf City, NC 28445. Condolences may be offered at www.berryfuneralhome.com. Berry Funeral Home, 3704 Chapman Hwy., Knoxville, TN 37920.
Published by Greensboro News & Record on Jul. 20, 2021.
To plant trees in memory, please visit the Sympathy Store.
MEMORIAL EVENTS
Jul
24
Visitation
11:00a.m.
Woodlawn Cemetery
TN
Funeral services provided by:
Berry Funeral Home
MAKE A DONATION
MEMORIES & CONDOLENCES
Sponsored by Berry Funeral Home.
8 Entries
My thoughts and prayers are with Mary and the family. Worked for Rhea at Wrangler and it was a joy. He was one of a kind and will be missed.
Mary Paul McCraw
July 21, 2021
I worked with Rhea at Wrangler for many years. He was a special man that cared about everyone. He will be missed by all.
Kathy Robbins
Work
July 20, 2021
I thought so much of Rhea. He was a special friend of our family and especially my brother, Terry. I am so sorry for you loss. Sending along prayers for his family!
Suzi Maner
School
July 20, 2021
I worked with Rhea for many years at Wrangler. We were good friends personally and professionally. He was a stand-up guy, reliable, dependable in all matters. My heart is saddened by his passing and the fact I missed so much of his life after I left Wrangler. Rest In Peace good sir.
Norman Taylor
Work
July 20, 2021
We are shocked and saddened. Ray was an old friend and a great guy.
Mike and Sue West
July 20, 2021
My deepest condolences. I worked with Rhea at Wrangler and he was a super nice guy. Always professional and would help in any way he could. Your family will be in my thoughts and prayers!
Shea Hill
Work
July 20, 2021
So Sorry for your Loss. Rhea was a classmate of mine at Young High. Very nice person.
Carolyn Knight Poynter
School
July 19, 2021
Jennifer, Buddy, Angela and Charlie, words are inadequate when we lose someone whose presence has been an instrumental part of our lives. I always enjoyed being around Rhea, he was a very handsome accomplished man. Praying for you as you will have to experience the loss of this wonderful man. Hoping that I will get the opportunity to spend some time with again.,Much love to all, Pat
Patricia Akers
July 19, 2021
Showing 1 - 8 of 8 results