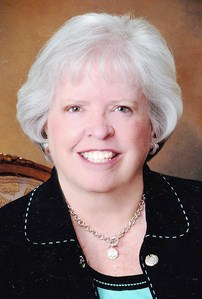 Elizabeth Martin Lackey (Betty) (affectionately known as "B" to the grands) passed away peacefully on October 4, 2021.

She was born on March 28, 1936 in Greensboro, the daughter of Henrietta Edgerton and Richard Lewis Martin. Betty was preceded in death by her husband, Strupe Lackey, and sister, Sally Martin Lee.

She was a graduate of Woman's College of the University of North Carolina (UNCG). On November 23, 1957, Betty married Warren Strupe Lackey, whom she met while he was attending Guilford College. After spending brief time in Greensboro and Asheville, they settled in High Point in 1958.

Betty worked as an administrative assistant with Wachovia and later with an independent insurance agency before working as a 4-year old kindergarten teacher at Wesley Memorial for several years. She then partnered with Strupe in running and managing Lackey & Associates, from which she retired in 2006.

Betty joined Wesley Memorial UMC in 1958 and had been an active member since, serving in the Women's Society and on the Bereavement Committee. Betty and Strupe taught Sunday School in pre-kindergarten for several years. Most importantly, Betty loved her connections and fellowship with the members and staff at Wesley Memorial.

Memories of the neighborhood gatherings on Edgedale Drive, her pets, time at their home in Cherry Grove Beach, and especially her time supporting and being present at her grandchildren's activities and sporting events were cherished by her.

A private memorial service will be held by the family at the Wesley Memorial Chapel.

The family expresses gratitude and praise for the wonderful care and love provided by the entire staff of Pennybyrn at Maryfield during her residency there.

Condolences may be expressed to the family online at www.cumbyfuneral.com.

1015 Eastchester Drive, High Point, NC 27262
Published by Greensboro News & Record on Oct. 5, 2021.
To plant trees in memory, please visit the Sympathy Store.
MEMORIAL EVENTS
To offer your sympathy during this difficult time, you can now have memorial trees planted in a National Forest in memory of your loved one.
Funeral services provided by:
Cumby Family Funeral Service
MAKE A DONATION
MEMORIES & CONDOLENCES
Sponsored by Cumby Family Funeral Service.
0 Entries
Be the first to post a memory or condolences.