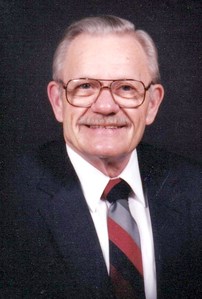 Ernest Donald Varner, Sr., 94, passed away on May 20, 2021 at the Hospice Home at High Point. He was born on August 2, 1926, in Davidson County, a son of the late Ernest Elwood Varner and Ora Lillian Fritts Varner. Don was married to Olean Hucks Varner for 66 years, until her death in 2018. Don served the United States in World War II in the US Army.

In addition to his wife and parents, Don was preceded in death by his brothers; Hubert, Buddy, Billy, and Ike and his two sons, Ralph Larry Varner and Ernest Donald Varner, Jr.

After Don completed service to his country he needed to start working to support his young family. He wanted to learn a trade. He was fascinated by the electrical field that was beginning to be in demand. Don saw a growing industry that was destined to improve people's lives. He felt the future was unlimited and began to search for as much information as he could find about electricity and how it worked.

He applied for a job with a small electrical contractor and worked as many hours each day as he could and studied books about electrical installations and inspection code requirements at night. His goal was to become a licensed electrician, as soon as possible. Don continued to work hard and improve his knowledge with the goal of starting his own business.

In 1960, he took the big step, borrowed enough money to buy two new trucks and hired two men to help him. He opened his own business and advertised 24 hour service for any electrical needs. He always loved his work, but the 12 to 14 hour days began to take a toll. His sons Donnie and Larry joined the business in 1966 and son Wayne in 1970.

His small business began to grow and change from residential and repair to mostly commercial and light industrial. As the years went by Don began to release most of the responsibility to his sons.

Don and wife Olean started spending more time together and became quite good at ballroom dancing. Many new friends were made that turned into lifetime friendships.

Don's love continued to be his business and he was so proud when his granddaughter and two grandsons wanted to be a part of keeping his legacy alive as the third generation.

Don had very few hobbies but he loved working with his hands as he built numerous projects for his family. He loved NASCAR racing and ACC basketball. The family thinks he was a closeted Tar Heel fan, but he never admitted it.

Don's dedication to God, family and country is a testimony to how he lived his life. He was always happy to give his time and energy to anyone or any cause that would improve the lives of those he loved. His family and friends will miss his strength, wisdom, integrity and leadership. He lived an honorable life in every way.

A funeral service will be held at 2:00 p.m. on Wednesday, May 26, 2021 at the Chapel of Cumby Family Funeral Service in High Point with Reverend Doctor Robert Steele officiating. Visitation will be prior to the service, from 12:45 p.m. until 1:45 p.m. at the funeral home. The committal will be held at Floral Garden Park Cemetery following the service.

Condolences may be shared with the family at www.cumbyfuneral.com. Cumby Family Funeral Service in High Point is serving the family.