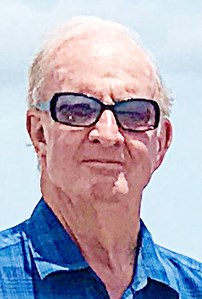 Reidsville — Eugene Jonathan "Jonnie" Clark, 86, of Timber Stream Drive, Southport, NC, formerly of Reidsville, NC, passed away on November 8, 2020. Jonnie was born to Eugene Earl Clark and Margaret Hopkins Clark on February 25, 1934. He graduated from Reidsville High School and attended NCSU. He was a proud veteran and served with the 529th Military Police Company in Germany. After his service, Jonnie became the head golf pro at Whiteville Country Club. Upon returning to live in Reidsville, he worked many years for Metropolitan Life Insurance Company. He was very active in the Reidsville Rotary Club and especially enjoyed hosting international Rotary members from Australia and India. A lifelong golfer and former member of the PGA, he was known by his fellow golfers as "Birdie Man." He was a four-time winner of the Reidsville Jaycee Invitational Tournament and the Club Champion at Pennrose Park Country Club. He had many fond memories of golf, the most treasured was playing golf with his idol, Arnold Palmer. Annual bus trips to Myrtle Beach with the golf gang were eagerly anticipated. Another highlight was following Jack Nicklaus over the grounds of Augusta National during his last major win at the 1986 Masters. After moving to Southport in 1993, he worked in sales at Marine Mart and later Blackbarry Marine. He also worked as a starter at Oak Island Country Club. He spent his free time boating, playing golf with his golfing buddies, and watching planes at the local airport. Jonnie was known for his humorous stories and Carolina blue eyes. Jonnie was preceded in death by his parents and his wife of 56 years, Reva Sasser Clark. He is survived by his daughters, Laura Clark of Southport; Karen Clark Baker (Reid) of Greensboro; Melissa Clark Perkins (Robert) of Reidsville; five grandchildren, Clark May (Bethany), Justin Stadler (Cortney), Landon Stadler, Allison Baker and Meredith Gibby; three great grandchildren, Mason Stadler, Addison Stadler and Perry May. He is also survived by his sister, Mary Lou Clark Noah, and her sons Tripp Martin and Jonathan Martin. In addition to his family, he is survived by his rescue dog, Daisy. The family wishes to extend a special thank you to all friends, neighbors, caregivers, and Lower Cape Fear LifeCare, for their kindness and support during Jonnie's journey living with Parkinson's disease and Lewy body dementia. We are grateful that he was able to stay comfortably in his home until the last week of his life. In lieu of flowers, the family requests memorial donations be made to Rockingham County Animal Shelter, 250 Cherokee Camp Road, Reidsville, NC 27320 or Paws Place Dog Rescue, P. O. Box 67, Winnabow, NC 28479. There will be a private celebration of life at a later date. Condolences may be sent to the family online at www.peacocknewamwhite.com. Peacock - Newnam & White Funeral and Cremation Service, Southport, North Carolina.
To plant trees in memory, please visit our Sympathy Store.
Published by Greensboro News & Record on Nov. 15, 2020.
MEMORIAL EVENTS
No memorial events are currently scheduled.
To offer your sympathy during this difficult time, you can now have memorial trees planted in a National Forest in memory of your loved one.
Funeral services provided by:
Peacock, Newnam & White Funeral and Cremation Service
GUEST BOOK
0 Entries
Be the first to post a memory or condolences.