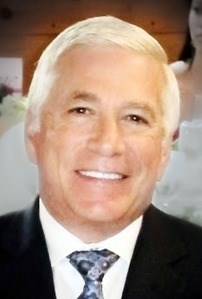 Gilbert Rockson, 68, of Miami Beach, Florida, passed away peacefully on July 2nd, 2021, while celebrating his birthday in New York with friends and family. Gilbert had a long and successful career in business, but his greatest gift was his love of life which he shared with his family and friends. He traveled the world with ease and goodwill and made friends wherever he went. He could share a joke and a story with anyone from cabs to casinos to cruise ships to board rooms. He was an outrageously generous man and a hilarious flirt, yet knew how to ask a sincere question about someone's life, and then genuinely listen. He would ask someone's name and then remember it always. He touched and enriched the lives of others wherever he worked, lived and traveled. He simply loved people!

Gilbert was the first person that others would reach out to for advice in business and in life. His generosity of spirit was matched by his sharp wit, outsized personality and profound kindness. He was the beloved uncle of five nephews and nieces and any time spent with Uncle Gilbert was treasured. Destination weddings might mean wherever Gilbert was – New York for a niece, Miami for a nephew. Gilbert's home was a safe haven after a boyfriend break-up, with condo keys lent for a mini-vacation, Rolls keys lent for a joy ride, a place to hang out or to stay up all night. Gilbert loved boating and spent much of his time on the water, where his nephews learned how to drive his boat. He made sure they got to ride on an air boat through a swamp and fish from a canoe on his private lake. Gilbert often joined his brother, Stan, and sister-in-law on cruises to different parts of the world. He was great fun to travel with and would always opt for the road less traveled when exploring a new place, eschewing the native language and making friends through laughter and gestures.

Gilbert Leon Rockson was born on July 1, 1953 in New York City to Margot and George Rockson. He attended Stony Brook School, the same boarding school as his older brother, Stan. From an early age Gilbert had a fascination with and love of cars. He was known for collecting car keys when growing up and he kept car engine parts under his dorm bed while attending High Point University in North Carolina. He kept his focus on cars with a summer job as a parking valet in Miami Beach, where his happy customers tipped him with so many quarters that he had to keep emptying pockets full of change into his VW bug to keep his pants from falling down.

Gilbert began his career in the automobile industry working for a local dealership and quickly demonstrated great talent for the business. By the age of 26, Gilbert was the youngest Mercedes/Chrysler dealer in the United States. At age 30, he began to expand into real estate investment. Just four years later he sold his dealership to expand his real estate business and start a new company, the GL Rockson Collection, in exotic car sales. In more recent years he focused exclusively on real estate and at the time of his death had nearly two dozen commercial properties in five states. Gilbert introduced his nephew, Colin, to the world of commercial real estate, working alongside him as his mentor over the years.

Gilbert's family came originally from Germany and remained close in New York and later, in Miami. He took loving care of his family and it was his regular practice to pick up all the ladies – his aunts, grandmother, mother - and take them out for dinner. He once gave his young nieces and nephews a tour of the apartment building where he'd grown up in New York. Arriving at the top floor, a sign on the door to the roof warned, "Emergency Exit. Do NOT open door. Alarm will sound." Typical of his rebel spirit, Gil just laughed and pushed the door open. No alarm! Just a spectacular view of the Hudson River, and Gil and Stan's childhood launching pad for eggs tossed onto cars below. The two brothers shared many adventures, riding on the New York subway by themselves as kids, raising ducklings in their bathtub during summers in Mexico, an emergency room visit for a monkey bite, escorting aunts around Europe.

This was Gilbert -- always enjoying the journey without focusing too hard on the destination. He cared so much about the people around him and that they enjoyed themselves. He gave and gave and only asked for good vibes in return. A true mensch who lives on in our hearts.

Gilbert is survived by his great aunt Lucy Lowell, brother Stan Rockson, sister-in-law Shauna Rockson, nieces and nephews, Hayden Rockson, Andrea O'Connor, Ned Rockson, Paul Lazazzera, and Colin Rockson.
Published by Greensboro News & Record on Oct. 14, 2021.
To plant trees in memory, please visit the Sympathy Store.
MEMORIAL EVENTS
To offer your sympathy during this difficult time, you can now have memorial trees planted in a National Forest in memory of your loved one.
MAKE A DONATION
MEMORIES & CONDOLENCES
0 Entries
Be the first to post a memory or condolences.