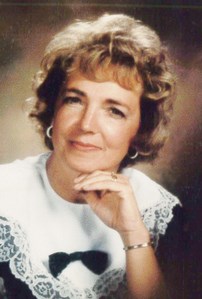 The funeral service will be 2 p.m. on Saturday, September 18, 2021 at Rehobeth Baptist Church with Pastor Tim Duncan officiating. Burial will follow at Guilford Memorial Park.

Jean was an indescribably wonderful wife, mother, grandmother, and friend. She lived a full life and was always happiest when working (especially in the dirt) and helping others. She was a woman who could--and did--anything she put her mind to. She learned several languages, did much to teach herself to play the piano before ever taking lessons, and even graduated college long after becoming a grandmother. Jean thoroughly enjoyed cooking Sunday lunch for anyone who showed up, sewing, working in the garden, and traveling. Not only did she visit Israel 4 times, but she also traveled many other places in the U.S. and around the world.

Jean was very involved in the community. She was a charter member of Rehobeth Baptist Church where she faithfully played the piano for well over 50 years, wrote and directed Christmas plays, drove the bus/van, and served in various other church programs. She volunteered for the Salvation Army, the Guilford County GOP, and even ran for city council (Jean Brown--Best for Our Town) in 2011, all because of the positive difference she wanted to make in the world.

The family will receive friends at the church from 1 to 1:45 p.m. on Saturday prior to the service.

In lieu of flowers, memorial contributions may be made to Rehobeth Baptist Church, 4314 Rehobeth Church Rd., Greensboro, NC 27406.
Published by Greensboro News & Record from Sep. 15 to Sep. 16, 2021.
To plant trees in memory, please visit our Sympathy Store.
MEMORIAL EVENTS
Sep
18
Visitation
1:00p.m. - 1:45p.m.
Rehobeth Baptist Church
Rehobeth Church Rd., Greensboro, NC
Sep
18
Funeral service
2:00p.m.
Rehobeth Baptist Church
Rehobeth Church Rd., Greensboro, NC
Funeral services provided by:
George Brothers Funeral Service
MAKE A DONATION
MEMORIES & CONDOLENCES
Sponsored by George Brothers Funeral Service.
3 Entries
I offer my deepest condolences to Jean´s family. She was so much fun and a wonderful Christian woman. She made me laugh as she gave her traffic reports on the radio. A sweet woman and a good friend.
Mary Rakestraw
Friend
September 16, 2021
What a wonderful energetic woman who is going to be exstemely missded. She had so much passion for every thing she did and was endlessly making sure what she wanted to be done was completed. She had a heart of gold and helped me through tough times. And i know i wasn.t the only one. God put her on this earth to spead the word of the lord in which she did tirelessly w helping many people in need espeacially children. A woman who is going to be missed in so many ways. But now she is with her maker that she has totally served in his honor. Another Angle welcomed home to the arms of our Lord and Savior.Truly Love you Jean!! Im so Happy you finally made it Home!!!
Terry A Shelton
September 15, 2021
My heart goes out to you Bob, Bobby, Jr. and Patty. We extend our sincerest sympathy. Jean was an awesome mentor and Christian friend to me especially when I was a young mother and member/secretary at Rehobeth Baptist Church. We worked on many youth and church events together. There was teaching Sunday School, the Christmas plays and parties, Easter egg hunts, children´s chior, adult choirs, showers, homecomings, keeping the nursery, flowers on the altar and planted outside, weddings, etc. She played the piano for most all these events. She was amazing keeping up with it all. I am sure as she saw Jesus, He said, "Well done, my good and faithful servant..." It is time for her to Rest In Peace. You will all be in our prayers. "The LORD bless you and keep you; The LORD make His face shine upon you, And be gracious to you; The LORD lift up His countenance upon you, And give you peace." Gayle McCorkle-Havens & Frank Havens
Gayle McCorkle-Havens & Frank Havens
September 11, 2021
Showing 1 - 3 of 3 results