Michael Roy (Mike) Whitley, 71, passed away at home with his brothers January 11, 2021. Michael was born on May 21, 1949 in Minot, North Dakota to Virgil and Ruth Whitley. Mike was a veteran of the Vietnam War while serving in the US Navy. He achieved the rank of senior chief gunner's mate during his 30 years of service in the Navy. Mike also worked for the United States Post Office and retired as the postmaster of the Elon College Branch.

Mike was a member of the Revolution Masonic Lodge #552, the Greensboro Shrine Club, the Walter B. Ellis Post 63 American Legion, and the Forty and Eight (The Society of Forty Men and Eight Horses). He graduated Northeast Guilford High School, class of 1967. Mike was a member of Lebanon Baptist Church.

Mike was an avid outdoorsman. Throughout his life he enjoyed the solitude of a hunt in the woods, the serenity of a fishing pond, and the comradery of an Outer Banks fishing trip.

It was Michael's wish to not have a formal funeral service. The family has a private service planned. Michael asked that instead of any flowers or other gestures, that friends would make donations to their favorite charities.
To plant trees in memory, please visit our Sympathy Store.
Published by Greensboro News & Record from Jan. 13 to Jan. 17, 2021.
MEMORIAL EVENTS
No memorial events are currently scheduled.
To offer your sympathy during this difficult time, you can now have memorial trees planted in a National Forest in memory of your loved one.
Funeral services provided by:
George Brothers Funeral Service
GUEST BOOK
16 Entries
I extend my heart felt sympathy to others who loved Mike. He was my best friend for what seems an eternity. I will miss Mike for what remains of my life and forever after. His family continues in my thoughts and prayers. Rest well, my dear.
Alice Sumner
January 18, 2021
We spent a lot of time together on board various Ships while serving in the Navy and the Reserve Center in Greensboro. Charleston, Norfolk, and Little Creek Va. we are Brothers and Shipmates and I will enjoy our next Cruise. Fair Winds and Following Seas Shipmate.
STGCS Billy R. Garner. USN Ret.
January 18, 2021
My prayers to the family...
BMCS (Ret), Thomas Clifton
January 17, 2021
Mike was one of my very favorite customers. I will miss him. Such a great person. Prayers for the family.
Cindy Hayden Martins Frame and Art
January 15, 2021
Love and Prayers for the family. A friend from Lebanon Donna Wright (Psalms46)
Donn Wright
January 15, 2021
Fair winds Brother. You influenced me long before I made Chief. Thank you! You're a good man
CPO (retired) Joel Odell
January 15, 2021
I will miss you brother. The kitchen at Scottish Rite will not be the same without you. You are a wonderful person and you are loved. Rest well my brother.
Mike Harrelson
January 14, 2021 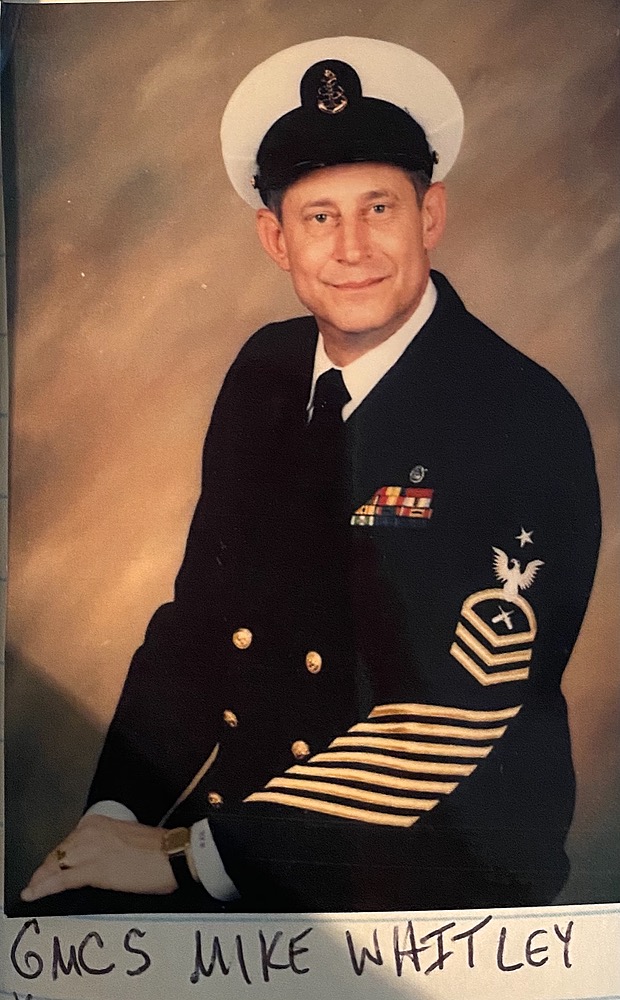 My deepest condolences to the family. I am also a Chief in the Navy and have know Mike for years. Going out to eat at the Olympic Restaurant in Colfax for years every other month. Great guy and friend to many. I will be lifting the the family in prayer. RIP Senior Chief, we have the watch.
Robin Hamilton
January 14, 2021
Went to school with Michael. A good guy. Sad to read this.
Larry Cockman
January 14, 2021
Mike, my friend, rest in peace and know that you will not be forgotten.
Larry G.Gregory Sr.
January 14, 2021
I worked with Mike in the Scottish Rite kitchen. He was a hard worker who will be greatly missed. We had some good times. I´m sorry for your loss, I´ll miss him
Chuck Moser
January 14, 2021
I am sorry for you loss.
Paul E Pell
January 14, 2021
My heart goes out to Mike's family and friends. Mike graced me with his presence. He was truly a real mason. He offer assistance to me and others on many events. He was one of the first to offer me a hand preparing dinners for the Scottish Rite meetings. I met Mike years ago when he was assisting Butch with the cooking of butts for an event and we were insanely friends. There is so much to say about Mike but not enough space to say it. I am saddened and will deeply miss him.
Gregory R. Woodard
January 13, 2021
Sean, I extend sincere condolences to you and your family. Annette
Annette Henley
January 13, 2021
We have lost a Wonderful Patriot and Brother "Sir Knight" Mike was the man who was always helping others. When ever there was a event at our Lodge ,Mike was always there. Years ago our lodge did a Brunswick stew as a fund raiser, Mike did some math and found out that our man power came in around $.65 per hr, His statement was "Man That was Fun" He will be surely be missed. My best to the Family
Edie Moss
January 13, 2021
My deepest sympathy to Mike´s family. I have prayed for him everyday since he told me of his diagnosis. He was one of a kind and what we would call a Mason´s Mason. Always willing to help. He will be greatly missed.
Jeff Bullington
January 13, 2021