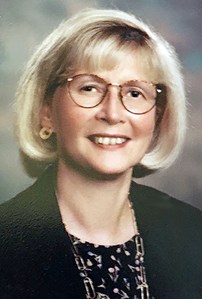 Reidsville — Pamela Haslam Allen, 79, passed away in her sleep on Friday, May 28, 2021, at Guilford Health Center in Greensboro, NC, after a six-year battle with Parkinson's disease. Her impenetrable drive, generous spirit, and gracious soul guided her throughout her life.

She was born on July 8, 1941, in Portsmouth, Ohio. She was the only child of John Edwin Haslam and Phylura Richardson Haslam. She attended Grinnell College and Duke University, earning her bachelor of arts in biology and obtaining her physical therapy license.

Her work as a physical therapist began in Durham and Pinehurst, NC. She was a travelling therapist for several years and enjoyed time spent in the mountains of Asheville, NC and on the Gulf coast of Mississippi. Eventually settling in Reidsville, NC, she was the director of rehabilitation at Annie Penn Hospital, then worked in private practice with Dr. J. Wayne Keeling, and went on to do home health and nursing home care. A skilled and well liked professional, Pam's colleagues and patients spoke most highly of her.

Pam was an avid equestrian her whole life. She begged her parents for a pony and started riding at a livery stable in her hometown of Portsmouth. She got asked to show an American Saddlebred mare at the Portsmouth Charity Horse Show and got third in a saddle seat equitation class while never having been formally taught. She never looked back after that. The first horse she owned – a Christmas surprise named Gifted Marine – also went to Grinnell. While living in the Sandhills, she bred and raised American Saddlebreds with her family at Lorien Woods Farm. She loved to cook and entertain and hosted many gourmet dinner parties with family and friends in their century old farmhouse. Pam continued to show horses right up until she was diagnosed with Parkinson's in 2015.

Pam was an active member of the Episcopal church and taught both Sunday school and Bible study. Her faith was very important to her, and she never met a stranger. While in Reidsville, she was very involved with St. Thomas' Episcopal Church and the Reidsville Outreach Center. In her last years she was a proud member of Straight Gate Apostolic Church while residing in an assisted living center in Danville, Virginia.

Pam is survived by her son Tom of Golden, Colorado, daughter Jenifer of Greensboro, and her cousins, Jeffrey Leach and Karen Leach Dorius of Encinitas, California. Arrangements are being made for a family service in Portsmouth. Her memory is indeed a blessing, and in lieu of flowers, please donate to the American Saddlebred Horse Association, 4083 Iron Works Pkwy., Lexington, KY 40511; the Parkinson's Foundation (www.parkinson.org); St. Thomas' Episcopal Church, 315 Lindsay St., Reidsville, NC 27320; or Straight Gate Apostolic Church, 220 Poplar St., Danville, VA 24541.
To plant trees in memory, please visit our Sympathy Store.
Published by Greensboro News & Record on Jun. 9, 2021.
MEMORIAL EVENTS
No memorial events are currently scheduled.
To offer your sympathy during this difficult time, you can now have memorial trees planted in a National Forest in memory of your loved one.
MEMORIES & CONDOLENCES
2 Entries
We have a flood of precious memories of times shared with Pam and her family over the years: ski trips, The O'Neal School, medical staff planning weekends, dinner parties, to name just a handful. Both Tom and Jenifer have remained in our hearts throughout the years. Please know that we love you and now miss both your parents.
John and Nancy Ellis
Friend
June 13, 2021
In loving memory of a wonderful cousin. We will love you and miss you always.
Karen Leachdorius
Family
June 8, 2021