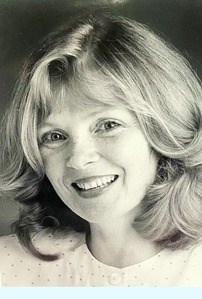 Rebecca Lynn Jessup, 69, of Greensboro, peacefully returned to her Lord and Savior Saturday, November 7, 2020, surrounded by family and friends in her home after a long battle with cancer.

Lynn was born on December 10th, 1950 in Greensboro to the late Margaret Perdue Jessup and Kenneth David Jessup, Sr. The oldest of four children, Lynn always helped her mother with her siblings and housework. During her childhood she attended Jessup Grove Baptist Church where she was active in the choir and often performed special musical numbers with her siblings, cousins, and close friends. Many times they were unable to finish the song, however, because someone would start laughing and they all would lose their composure. She enjoyed playing with friends in the neighborhood and taking family trips to the beach as a young girl.

She attended Summerfield Elementary and was a graduate of Northwest Senior High School in the class of 1968. After graduating, Lynn continued her education at the University of North Carolina, Greensboro where she received a bachelor's degree in art. After teaching at Vandalia Christian School and Northwest Junior High School, she continued her education to pursue a career in journalism at the University of North Carolina, Chapel Hill. Her first journalism job was with the Raleigh Times. After working in Raleigh, Lynn worked in public relations at the North Carolina Zoological Park, a job she often told stories about and was very proud of. Although she loved her job at the zoo, she left to work for the Greensboro News and Record. She worked for the Greensboro paper for 13 years, holding several positons, including Features, a parenting column, and for the bi-weekly insert People and Places. Anyone who ever read her work knew she was incredible at her job, and it was obvious through reading it that she was very passionate about writing. Lynn left the News and Record to care for her father who was suffering from dementia. After his passing, she returned to teaching English at Guilford Technical Community College. Her final job before retirement was a teacher's assistant in the Exceptional Children program at James B. Dudley High School. Lynn showed her compassion, love, and teaching skills in the classroom at Dudley, always offering either help with school work, a listening ear to a student who was upset, or uplifting words of encouragement to someone who was down. She absolutely adored the students and people she worked with at Dudley, and they all held a special place in her incredible and loving heart. After being forced to retire due to her illness, Lynn began reviewing local theater for the News and Record, a great passion of hers. She also began volunteering at Guilford Courthouse National Military Park, a job she took very seriously and was extremely proud of.

Lynn married Fletcher Clyde Smith, Jr. in 1987. Lynn and Fletcher had two children, Kenneth Wyatt Smith and Fletcher Carson Smith. Lynn was the perfect definition of a selfless mother, always making sure that her boys' needs were placed in front of her own, all the way up until her passing. During their childhood, Lynn made sure her sons received an excellent education, driving all the way across town twice a day to Jones Elementary School where they were enrolled in a Spanish immersion program. Later in their education, she home-schooled both children after they were struggling with the death of their father at a young age. She did an unbelievable job raising her two boys after Fletcher's death. She always supported them, encouraged them, loved them, and listened. When Carson showed interest in music, his mother bought instruments, tolerated his banging on his drum set while she was home, made sure he always got to and from lessons, and taught him how to play the music she knew. She gave him his first vocal lessons, teaching him how to harmonize during a car ride while singing "The Star Spangled Banner." Wyatt showed more interest in sports, so Lynn took him all over North Carolina to baseball tournaments, pitched to him in the yard, and more recently was his editor after Wyatt began writing for a local sports website covering high school sporting events.

People who met Lynn know that she loved her family, her church, the arts, eating good food, going to the movies with friends, traveling, writing, and walking in the park.

Along with her parents, Lynn was preceded in death by her brother David Jessup, Jr., and husband Fletcher Smith.

Left to cherish her memories and carry on her resilient legacy are sons Wyatt Smith and wife Casey of Greensboro, Carson Smith and wife Kelsey of Murfreesboro, TN, sisters Teresa Reed of Pittsboro and Donna Cathey of High Point.

The family would like to express their sincere gratitude to Dr. Brad Sherrill at Cone Cancer Center, Dr. Andrew Wagner and the Clinical Research team at Dana Farber Cancer Institute in Boston, MA, the Northwest Team of AuthoraCare Hospice of Greensboro to include Maura Barber, RN, Debbie Garner, MSW, and Chaplain Hillary Irusta. Special thanks also to the special caregiver and all of the friends who assisted the family with her care.

In lieu of flowers, the family requests donations to be made to the National Park Service, Guilford Courthouse National Military Park.

Family will receive friends on Thursday, November 12, 2020 from 1 to 3 p.m. at the Church of Jesus Christ of Latter-day Saints, 3719 Pinetop Rd., Greensboro. A memorial service will follow with Gabe Keogan conducting.

2110 Veasley Street, Greensboro, NC 27407
To plant trees in memory, please visit our Sympathy Store.
Published by Greensboro News & Record on Nov. 11, 2020.
MEMORIAL EVENTS
Nov
12
Visitation
1:00p.m. - 3:00p.m.
Church of Jesus Christ of Latter-day Saints
3719 Pinetop Rd., Greensboro, North Carolina
Nov
12
Memorial service
3:00p.m.
Church of Jesus Christ of Latter-day Saints
Funeral services provided by:
Triad Cremation Society, Inc.
GUEST BOOK
Sponsored by Triad Cremation Society, Inc..
7 Entries
Ms. Jessup was one of my favorite teachers at NW. Perhaps that connection developed through a mutual love for writing and the English language, but it lasted after high school and beyond. I am not sure when our paths diverged in communication, but we did lose touch. I am deeply saddened by this news, but I have no doubt that I will see this delightful, inspirational, and amazing woman again. So young, yet so brave. Thank you for sharing such a loving tribute.
Carole Sumner Pickard
January 1, 2021
What a dear, funny And intelligent person we've lost. My condolences to her son's.
Nancy Feigenbaum
November 15, 2020
So sorry for your loss. I´m holding you in the light of Christ and send blessings to all. Love, p.
Patricia Harden
November 12, 2020
Our endless journey continues on, remembering Rebecca with heartfelt condolences to her loved ones; prayer, compassion and gratitude for her peace, tranquility, and happiness, and good circumstances in the future.
Maurice Daniel
November 12, 2020
I worked with Lynn in the features department of the News & Record, and I was her editor when she did her parenting column. She had a beautiful writing style, but what made her work special was that she wrote with such heart. My favorite memory of Lynn was a story she didn't finish. She worked hard on a Sunday piece about children growing up in motels - sharing a single room with their families. She focused on one family and got to know them well. So well, in fact, that one day she told me she was too close to them to write the story. She gave up on the piece, but not the family. She kept on trying to make life easier for those two children. She was a beautiful person in every way.
Teresa Prout
November 11, 2020
I am so sorry to learn of Lynn's passing. I grew up with Lynn and David at Jessup Grove Baptist Church. Lynn always had a beautiful kind soul and was so talented as a writer. I enjoyed reading her articles in the newspaper. Rest in peace Lynn. There will be a great reunion in heaven today as you are reunited with David, your mother and father and Ruthie.
Paul Marshall
November 11, 2020
A beautiful, loving family. Will treasure the precious memories and times shared with such a wonderful friend.
Colleen Farley
November 11, 2020