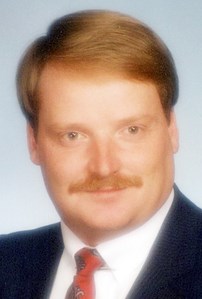 On October 17, 2021, Robert (Bob/Bobby) William Adams, Jr. left this imperfect world at the age of 61 to join Jesus in his perfect one. He was a loving husband, son, brother, uncle, and friend to many.

A celebration of life service will be held at Forbis and Dick Chapel, 1118 North Elm Street, Greensboro, NC on Saturday, October 23, 2021 at 1 p.m.

Robert was born December 4, 1959 in Springfield, Missouri to Robert and Charlotte (Tynes) Adams. He graduated with the class of 1978 from Freehold Township High School in Freehold, New Jersey. Robert was the first baseman for the Senior Little League team that achieved the amazing feat of New Jersey State champions for two straight years in 1974 and 1975. He continued to play baseball through high school as their first baseman.

After high school, he married his high school sweetheart, Diana (Remington) Adams. They moved to Greensboro, North Carolina and Robert was employed at O'Neal Steel for 15 years.

Robert is preceded in death by his brother, Jesse Adams of Freehold, NJ.

Robert was a friend to his neighbors at his various homes in Greensboro, Brown Summit and most recently in Whitsett, NC. He was an avid golfer and will be remembered for his long drives, quick wit, and love of boating. Robert loved to meet and entertain friends, neighbors, and family at their vacation home at Smith Mountain Lake.

Online condolences may be made at www.forbisanddick.com.