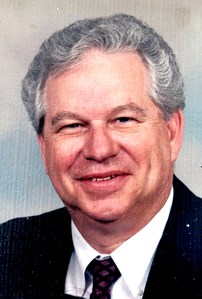 Robert "Bob" Monroe Johannesen Jr., 80, of Gibsonville, N.C. passed away Monday, November 23rd at Whitestone where he has been a resident for the past 2 years.

Bob was born on November 29. 1939, son of Robert and Bernice Johannesen. He is a graduate of Greensboro Senior High and attended Mars Hill University. He also served in the National Guard. Bob was president and then co-owner of Industrial Electric. He joined the Red Cross in 1956 where he was a chapter board member and served as an emeritus board chairman for three years. Bob loved woodworking, playing with his blue grass band, restoring antique cars and eating blue crab at the beach.

He is survived by his sister, Shirley Simpson, his four children, Eric Johannesen (Elizabeth), John Johannesen (Donna), Lori Will (Joe). and Nick Johannesen. He has six wonderful grandchildren. In addition to his parents, he was preceded in death by his wife, Annette Johannesen.

Online condolences may be made at www.forbisanddick.com.

To plant trees in memory, please visit our Sympathy Store.
Published by Greensboro News & Record on Nov. 29, 2020.
MEMORIAL EVENTS
No memorial events are currently scheduled.
To offer your sympathy during this difficult time, you can now have memorial trees planted in a National Forest in memory of your loved one.
GUEST BOOK
2 Entries
I worked with Bob in the Health and Safety department at the American Red Cross. He was a dedicated swimming instructor, water safety leader and board member. His leadership was invaluable to the organization and the community. Always kind and professional, he will be missed at the Red Cross.
Anne Vestal
Coworker
November 30, 2020
Fond memories of Bob playing for after football games dances in the old girls gym at GHS.
Bob Willett
November 29, 2020