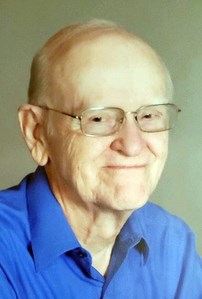 Roger Paul Johnson, Sr. passed into our Lord's hands on Monday, April 5, 2021 after a brief illness. Born in Chicago, Illinois on April 10, 1938 to Chester F. and Rae (Bowker) Johnson, he received his BA in mathematics from Long Beach State University in January of 1962. On February 3, 1962, he married his high school sweetheart, Dixie Belle Decatur, in Stafford, Virginia, before being drafted into the United States Army where he served for three years.

Upon his honorable discharge, he started working with IBM and retired after 31 years. IBM took Roger and Dixie to Greensboro, NC where they raised two children, Roger Paul, Jr. and Regina Page. Roger loved to take his family camping across the country, where they visited 40 states and seven Canadian provinces. An avid life teacher, beach goer, card player and amazing dancing partner to his devoted wife, Roger was a devoted family man who adored his grandchildren: Roger Paul Johnson III, Nicholas Daniel Dischiavo, Sean Mark Johnson, Curtis Henry Burns, Gianna Sophia Dischiavo, and Meaghan Elisabeth Johnson. Open and curious, Roger loved to share his knowledge with others and learn from others, sometimes with a wickedly dry sense of humor.

Roger was preceded in death by his siblings Anita Johnson St. John and Chester F. Johnson, Jr. He is survived by his devoted wife of 59 years, Dixie; his two children, Paul, his wife, Lizz, and Regina, her partner Edward Burns, and their children, and many beloved family members.

Online condolences may be made at www.forbisanddick.com. A private family service will be held at a date to be determined.

To plant trees in memory, please visit our Sympathy Store.
Published by Greensboro News & Record on Apr. 8, 2021.
MEMORIAL EVENTS
No memorial events are currently scheduled.
To offer your sympathy during this difficult time, you can now have memorial trees planted in a National Forest in memory of your loved one.
MAKE A DONATION
MEMORIES & CONDOLENCES
1 Entry
Our deepest sympathy. May God give you extra strength and courage at this time and in the days to come.
Gene and Janice Shore
April 10, 2021