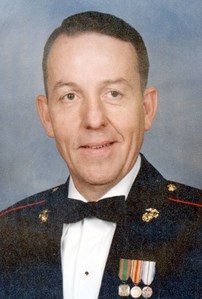 Ron was born in Greensboro, NC on May 22, 1940 to Arlie Rankin Loy, Sr. and Virginia Pearman Loy. There will be a graveside service with Marine Corps honors to honor Ron's life at 11 a.m., Thursday, January 14, 2021 at Guilford Memorial Park. Covid-19 protocols will be observed including wearing masks and social distancing.

Ron was a graduate of Bessemer Sr. High School, class of 1959. After graduation Ron enlisted in the US Marine Corps and completed his basic training at Paris Island, SC. Upon his graduation Ron embarked on a more than 32-year career in the Marine Corps on both active and reserve duties before his retirement.

In addition to other medals and ribbons during his career, Ron was awarded the Navy Commendation Medal in 1993 for meritorious service while serving as communication chief, Communication Company, Headquarters and Service Battalion, 4th Force Services Support Group, Marine Reserve Forces, Greensboro, North Carolina from February 1988 to March 1991.

Ron also retired from a civilian career with CVS Pharmacy after serving as store manager in Jacksonville, Havelock and Morehead City, NC stores.

In lieu of flowers, Ron requests that you support the US Marine Corps Reserves Toys for Tots program in your area. You may do so at toysfortots.org to find your local campaign.