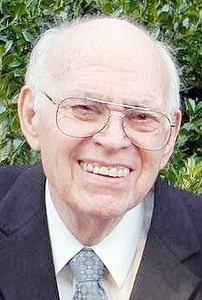 Dr. Dawson was born in Little Rock, Arkansas on June 24, 1927, a son of Howard A. Dawson, Sr. and Mamie Watson Dawson, both deceased. He joined the Navy at the age of 17 with his parents' consent. He contracted TB at 18 years of age and left the military and was disabled at the age of 19. Upon recovery, he went to serve a mission in the Central States of the Church of Jesus Christ of Latter-day Saints. He then went to medical school to become a doctor while being treated for TB. He married Victoria Wallace in December 1953 and was married for 50 years until her death in 2013. He graduated from George Washington University in 1955. He was a pediatrician for 42 years, practicing in California from 1956-1972, before coming to Eden. He was an active member of the Church of Jesus Christ of Latter-day Saints.

In addition to his parents, he was preceded in death by his wife Victoria Wallace Dawson; his son, Mark W. Dawson; daughter-in-law, Judy Marley; his brother, Howard A. Dawson, Jr.; and his grandson, Lauren W. Dawson.

In lieu of flowers, memorial contributions may be directed to the Church of Jesus Christ of Latter-day Saints Missionary Fund.