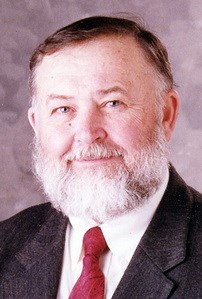 An eagle has taken its last flight on earth. William E. Post, Jr. peacefully transitioned to his heavenly home on Tuesday, June 8 at 9:17 p.m., surrounded by many who loved him. Also affectionately known as Phatman, this legend of a man was loved by many. Professionally, he was a retired pharmacist who earned his degree at Mercer University in Atlanta, GA. Personally, he was a Scouter, a storyteller, and an avid outdoorsman. He served on the Executive Board of the Cherokee and Old North State Councils Board of Directors. He earned the very coveted District Award of Merit and the Silver Beaver Award. He served as an assistant scoutmaster of Troop 738 at St. Thomas Episcopal Church, where he was also a member. Many of his Scouts attained the rank of Eagle during Bill's unwavering participation in the Scouting program. He was proud of them all, as many of them maintained regular contact with him, including during his failing health. He completed all levels of volunteer training with the BSA earning the Woodbadge beads. Bill was involved with the United Way, serving as not only campaign chair, but also as president of the Board of Directors. Bill served as co-president of the NC Retail Pharmacists Association. He also served proudly in the U.S. Navy as a hospital corpsman. He was also recognized by the state of North Carolina and Gov. Jim Hunt with the "Volunteer Service Award." He is survived by his wife of 63 years, Hazel Green Post of the home, son, Tom Post and wife, Brenda, of Zebulon, Amy Bivins of Long Beach, CA, granddaughters, Melissa Hogg of Clayton, NC and Amber Yanis of Long Beach, CA and his canine companion, Pepper. He is also survived by his sister, Barbara Stoltz, and her husband, Hank, of Arkansas, as well as many nephews and nieces. He was predeceased by his parents Margery and William E. Post, Sr., sister, Sarah Garmony, and brother, John Fordham Post, and beloved canine companion, "Tank." Bill's celebration of life will take place on Sunday, June 13 at 2 p.m. at St. Thomas Episcopal Church on Lindsay Street in Reidsville, North Carolina. Inurnment with military rites will follow the service in the church columbarium. Memorials may be sent to: St. Thomas Episcopal Church or to the Boy Scouts of America. Citty Funeral Home is assisting the Post family. Online condolences may be sent to: www.cittyfh.com.

308 Lindsey St.
To plant trees in memory, please visit our Sympathy Store.
Published by Greensboro News & Record on Jun. 10, 2021.
MEMORIAL EVENTS
Jun
13
Celebration of Life
2:00p.m.
St. Thomas Episcopal Church on Lindsay Street in Reidsville
Funeral services provided by:
Citty Funeral Home Inc.
MEMORIES & CONDOLENCES
Sponsored by Citty Funeral Home Inc..
9 Entries
Truly the loss of a fine man. Worked with Bill in Scouting many years ago. They did not come any finer.
Tom Travis
Other
June 13, 2021
Bill Post, (Phat Man) always brought us joy. He was a great mentor for Pack and troop 999. We loved to hear him tell jokes and laugh. There will never be a dull moment in heaven. With much love, Gloria and Sullivan Welborne, friends of scouting
Sullivan & Gloria Welborne
Other
June 12, 2021
Prayers and peace to you Hazel and family
Melissa Starnes Howard
Friend
June 11, 2021
Tenderly - may God heal your sorrow. Gently - may friends ease your pain. Softly - may peace replace heartache. Warmly - may sweet memories remain. Goebel Family offers our sincere condolences.
Bill Goebel
Friend
June 11, 2021
Hazel Please know I am praying for you and your family at this time
Mary Trant
Friend
June 11, 2021
You know we only grieve for those people who truly brought joy into our lives. Bill "Phatman" Post was one of those. When my family moved to Asheville NC I was 16 years old. It was a hard move for me. The "Phatman" let me register with the Explorer Post so I could remain a member of The Cherokee Council and work on the summer camp staff it made a real positive difference in my life. Thank you
"Uncle Ted" White
Friend
June 10, 2021
This pharmacist will be missed for his service, for excellent communication with patients and students, and for his love for the profession of pharmacy.
Jean Benson Douglas, PharmD, RPh
Work
June 10, 2021
Hazel, So sorry to learn of Bill's passing! So many memories, czmp fires, "politicing", stories& laughs! While he was "Phatman", I always called him Fastman, as he was always on the move with yet another mission! Will always remember his big smile & laugh! Peace
Butch Trent
June 10, 2021
I worked alongside one of Bill´s physicians and have known him for many years. He was a kind man and we always enjoyed both Bill and Hazel´s visits. Sending Hazel and his family and friends comforting prayers!! He will be missed!!
Julia Carter
Friend
June 10, 2021