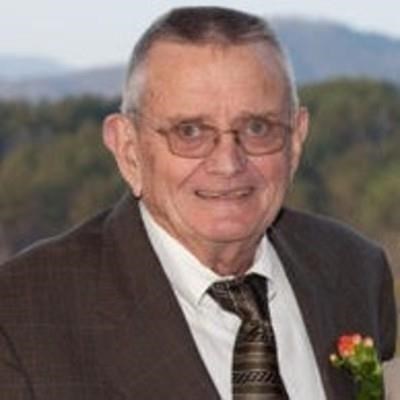 Charles Ronald Dillon, "Hook", 92, passed away peacefully Friday May 1, 2020. He was born on January 31, 1928 to the late Doris Wills and Joseph Henry Dillon in Charlotte, N.C. He found and married his best friend of 68 years, Janie Lee Clement, also from Charlotte.

Together they started a life of adventure. After serving in the Army of Occupation in Japan after WWII, he returned to North Caroling and attended the UNC at Chapel Hill where he earned his BA, MA and PhD in Marine Ecology. His research time was spent in Morehead City and Bogue Sound. Upon graduation, he accepted a teaching position in the Botany Dept. at Clemson University, where he developed the first Marine Biology, Marine Ecology and Oceanography courses, which included several field trips with students trips to Big Pine Key, FL where he charged the students with cataloging the flora and fauna of the local reef population. After achieving full professor status, he was named president of the Faculty Senate as well as the head of the department of Botany.

Ron was an avid sailor and racer and was elected twice as commodore of the Keowee Sailing Club, which he relocated to its current home on Lake Keowee nestled in the slope of the Blue Ridge mountains.

As a nature lover, and he took his family to many of our nation's natural wonders, including a camping trip from Chapel Hill, NC to and around the Kenai Peninsula of Alaska.

He was an accomplished marksman and angler as well as a runner and hiker.

After retiring from Clemson University he much spent time touring the intercostal water way with wife and dogs on their power yachts. 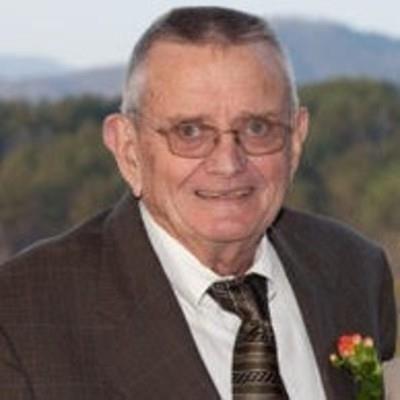 Published by The Greenville News from May 5 to May 6, 2020.
To plant trees in memory, please visit the Sympathy Store.
MEMORIAL EVENTS
To offer your sympathy during this difficult time, you can now have memorial trees planted in a National Forest in memory of your loved one.
Funeral services provided by:
Duckett-Robinson Funeral Home
MAKE A DONATION
MEMORIES & CONDOLENCES
Sponsored by Duckett-Robinson Funeral Home.
7 Entries
Carolyn and I have known Ron, Janie and family for many years. Among his many talents, it is not forgotten that he was also a pilot and carried a business card with a picture of his open cockpit fun airplane. We flew on several trips to observe local lakes turn over, due to their natural annual biological activity. Love to all, William and Carolyn Brown
William Brown
Family Friend
July 7, 2020
My sincerest condolences to Janie and family. I have known Ron since we were in graduate school in Chapel Hill. He was a wonderful colleague at Clemson. He will be missed.
Tom McInnis
Friend
June 6, 2020
To the family, my deep and heartfelt condolences for the passing of Ron. He will always be remembered as a mentor teacher, colleague, advisor, leader, and friend. Remember the great experiences and good times, that they may bring a smile to your heart. Janie I am sending you hugs and kisses as you remember your most treasured times with Ron. Sincerely,Sally and Carlus Brock
Sally Brock
Friend
May 10, 2020
Connie and I are sorry to hear of Ron's passing. I valued his and Janie's friendship over the years. He also shared his expertise in stabilizing the shores of Lake Hartwell, and we are richer for his help.
Gary Powell
Coworker
May 7, 2020
Bill and I remember sailing with Ron! He helped me find my first sailboat! So many memories with Ron and the Botany Department. Janie, we are so sorry for your loss! Remembering you fondly
Jane and Bill Foster
Friend
May 6, 2020
I first met Ron in 1971. The Keowee-Toxaway Project was well underway and I was a young biologist with what was then Duke Power Company. We visited Ron to explore possible collaborations. He was in one of the rooms on the main floor of Kinard Annex, now the Campbell Museum of Natural History. That tiny room contained his office, his laboratory, and his graduate student who, at the time was studying aquatic macrophytes on the new Lake Keowee. Years later I remembered him and applied to graduate school with Ron as my first advisor and later completed my first graduate degree under him.

Ron had a wry sense of humor that I always enjoyed, and was not easily rattled by circumstances. This served him well later, as Commodore of the Keowee Sailing Club, as he oversaw its move to the club's current location.

Ron was good with students, fun in his classes, liked to ask unexpected and off-the-wall questions to his students at odd and unexpected times....and in faculty meetings he would light his pipe and toss the match nonchalantly over his shoulder. After the meetings one could always figure out where he sat. Those were very different times from today.

When he retired I attended his retirement celebration and proclaimed to him that "Happy Days Are Here Again!" As we acknowledge with sadness his passing, I think I am correct in noting that he did, indeed, find those happy days in later years. I for one will remember him with fondness.
John Hains
May 6, 2020
Sylvia and I have fond memories of HooK and you in Charlotte spending my teen years next door to you, Suzie and your Mother, Elaine. We were dating at the time; and prior to my getting a drivers license, Hook and Ted Caldwell on occasion would drive me over to Sylvia's house to pick her up and bring her to my house where my parents were entertaining. After we moved here to Keowee Key we tried several times to touch base with you two at the Keowee Sailing Club, but told you were along the coast. Our sincerest sympathy to you and family. Barry and Sylvia Stuart
Barry & Sylvia Stuart Stuart
Family Friend
May 6, 2020
Showing 1 - 7 of 7 results