Dr. Robert Dewitt Tollison, 73, passed away peacefully in Clemson, South Carolina on October 24, 2016. He was the J. Wilson Newman Professor of Economics at Clemson University where he had served since 2003. Bob had previously been on the faculty at Cornell, Texas A&M, Virginia Tech, George Mason, and the University of Mississippi.

A native of South Carolina, Bob grew up in Spartanburg, the son of and Howard and Georgia Tollison, and he took great pride in their simple, humble, yet wonderful life there. Bob graduated Phi Beta Kappa from Wofford College, and received his Masters' from the University of Alabama. He got his Ph.D. in Economics from the University of Virginia studying under Nobel Laureate and close friend James Buchanan. He served in the Nixon and Reagan Administrations in many roles including Senior Economist at the Council of Economic Advisors and then later as Director of the Bureau of Economics of the Federal Trade Commission. He was a Past-President of the Southern Economic Association and the Public Choice Society. Dr. Tollison was asked to testify before Congress on many occasions.

Dr. Tollison never met a student or crossword puzzle he didn't love or embrace. His academic work was transcendent and voluminous. His principles of economics textbook with his close friend Bob Ekelund educated and influenced generations of college students. Of late, his work on the economics of religion is receiving the highest acclaim. His capacity to engage and mentor graduate students is legendary having signed more than 150 PhD dissertations and Masters theses. Scholars in many fields of public economics, sports and economics, antitrust economics, and many others depend on his insights and influence. Bob saw economics in action almost everywhere. At a recent dinner of colleagues, he spoke of the "squirrel economy," citing data on the rate of savings by squirrels and the implied interest rate they used to determine whether to eat nuts now or save them. A rare and daunting intellect, a great teacher, and yet a simple and humble man who refused to look down on anyone who dared to try and learn.

As Professor, he believed in hard work, writing, writing some more, and then writing again, but it always had to be fun too. He wore a smile that never went away. Bob loved sports, was a huge Clemson fan, even when he was a cameraman at WSPA for the Verner Tate, Coach Frank Howard Show. He was also an active sports participant. He had a 3-point shot that couldn't be blocked and a tennis return that drove his opponents crazy. He collected golf balls as if the game was coming to an end, and his nearly perfect memory meant you were almost sure to lose any bet about a sporting fact from the past.

Bob is survived by his wife and love of the best part of five decades, Anna; a daughter, April Kleinfeldt and her husband Rich of Clemson, and son Mark Tollison and his wife Sarah Jane of Greenville; brothers Benjamin Tollison of Alpharetta, Georgia and David Tollison of Ridgeway, Virginia. He is also survived by three grandchildren, Zachariah Tollison, Katie Tollison, and Annabel Kleinfeldt.

In lieu of flowers, memorials maybe made to Oconee County Humane Society, P O Box 966, West Union, SC 29696 or through their website at www.oconeehumane.org/donate.php. Liberty Mortuary is handling arrangements


Published by The Greenville News on Oct. 26, 2016.
To plant trees in memory, please visit the Sympathy Store.
MEMORIAL EVENTS
Oct
28
Funeral service
2:00p.m.
Fort Hill Presbyterian Church
Clemson, SC
Funeral services provided by:
Liberty Mortuary
MAKE A DONATION
MEMORIES & CONDOLENCES
Sponsored by Liberty Mortuary.
11 Entries
Bob and I were noontime basketball buddies at Cornell and Texas A&M. I had been at A&M for more than four years when I went to the locker room, dressed, saw Bob tying his shoes. said "Hi, Bob," and headed for the gym. I got to the gym before I realized that I hadn't seen him for four years. I turned around and went back. He said, "Are you out of your mind? You don't see me for four years and all you say is 'Hi,Bob!'" His offense was unstoppable, his defense invisible, and I loved played with or against him.
Carl Yost
Friend
April 17, 2017
My deepest condolences. We went back to September, 1966 @ Jim Savarese's ' The Zoo' on Jefferson Park Avenue in Charlottesville. Bob was a great person. RIP.
George Hoffer
December 30, 2016
I am saddened to hear of Bob's death. He was a close friend in my same class when we were going through the Ph.D. program in economics at the University of Virginia. My condolences to his family.
Jim Rodgers
October 31, 2016
Dr. Tollison had a profound effect on me as a student of his at Clemson University. Please accept my heartfelt condolences.
Jacob Babins
October 27, 2016
My heartfelt sympathies to Anna and the rest of Bob's family. There is a big hole in my life. As with so many, Bob was a great mentor and colleague. He invested so much in me and so many others and set of lasting example of creativity, passion, hard work, and graciousness to critics. All this while maintaining an enjoyment of things outside of academics. I'll miss our conversations about Clemson athletics, college sports, and possible future research topics. Life won't be the same.
Brian Goff
October 27, 2016
Dear Anna, How sad I am to read of Bob's death. Obits are so informative; I knew Bob in passing from church but now I know how admired and respected he was in Economics academia. Prayers for your family as you grieve the loss of this fine husband, father and grandfather.
Kathy McGee
October 26, 2016 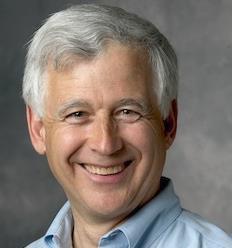 Bob was briefly my boss when I was a summer intern at the Council of Economic Advisers under Nixon. He was the best boss I ever had. He was gently supportive in a way that elicited from me my best effort and my loyalty.
David Henderson
October 26, 2016
Although Bob had left Texas A&M before I arrived, I still had opportunities to learn from him. At conferences, in formal sessions, at restaurants and bars, Bob engaged with everyone around and kept us all on our toes. Bob's influence will live on--first and foremost in his children and grandchildren, but also in all of his "intellectual children"--the many economists and policy makers he influenced. To the family: Please know that your husband/father/grandfather/brother was widely loved and admired.
Catherine England
October 26, 2016
Our heartfelt condolences to the Tollison and Kleinfeldt families at this difficult time. We will keep your families in our thoughts and prayers.

The Marks Family
October 26, 2016
Bob was completely tolerant and respectful of people who did not share his views. When I was at the FTC I wanted to publish a controversial article - one that Bob (and others) disagreed with significantly. The other Bureau Directors held up my article for many months, just to delay it, and even then they nit-picked it until they finally had to approve it. By contrast, Bob glanced at the article, saw it had the usual disclaimer (This article does not represent the views of the FTC....) and immediately cleared it. Years later I thanked him for doing this and he seemed surprised I thought he had done something for which he should be thanked. He responded that he did not believe in censorship and believed in a free market for ideas. So of course he did not hassle me or my article. What a wonderful example for us all!
Bob Lande
October 26, 2016
Without doubt, Bob was the most highly imaginative and creative person I have ever known, a position perhaps challenged only by Gordon Tullock but by no one else. Bob was kind and helpful to me from the very start, and I learned much about conducting my academic life by watching him and talking with him. While Bob and I didn't see much of one another since he left GMU, I thought of him often and had many imaginary conversations with him in place of the real conversations we used to have. Over the past several years I continued to hope that I would see him again, for I found conversations with him invariably edifying and soothing. But now imaginary conversations must suffice. May you rest in peace. Dick Wagner
Richard Wagner
October 26, 2016
Showing 1 - 11 of 11 results