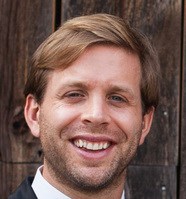 FUNERAL HOME
Leo P. Gallagher & Son Funeral Home
31 Arch Street
Greenwich, CT
Jeffrey Hammond Long
Jeffrey "Jeff" Hammond Long of Washington, DC and Greenwich, CT passed away Sunday evening July 8, 2018. He was critically injured by a truck while riding his bike in Washington on July 7, 2018. Jeff is survived by his wife, Kaylie Hanson Long and his parents, Nancy Nesky Long of Greenwich and David Long of Rye.
Jeffrey was born in New York City February 25, 1982. After early elementary schooling at St. David's School, he enrolled at the Brunswick School in Greenwich when the family moved to Westchester County. He was an admired student at Brunswick where he served as president of the student body, a mentor to younger students, and co-captain of the lacrosse team. He loved Brunswick and continued to serve the school after graduation. Jeffrey also served on the junior board of the Waterside School in Stamford, CT.
In 2001 he entered Hamilton College after a fall semester at the University of Salamanca in Spain. At Hamilton, he majored in world politics, was vice president of the student body and an Arthur Levitt Scholar; he interned for former President William Jefferson Clinton at the Clinton Foundation's New York office as well as for Secretary John Kerry on his presidential campaign and in his U.S. Senate office.
After graduation, Jeffrey worked for technology startups in Washington and San Francisco, earned his MBA at the University of Virginia's Darden School of Business, and worked on Senator Richard Blumenthal's senatorial campaign as well as in his U.S. Senate office until April 2015. Afterwards he managed state and local sales development for a technology company providing early alert information to government agencies.
Jeffrey married Kaylie Hanson Long of Greenwich on May 28, 2016 at the most beautiful wedding made perfect by their never-ending love for each other… and the couple's love of a great party. They resided in Washington, DC with their sweet dog, Layla.
Jeffrey was selfless, curious, community-oriented, and beloved by countless friends and family members. He loved telling and hearing great stories, and he loved a good joke, including his own.
He was an avid skier, runner, biker, and homebrewer.
Services will be Friday, July 20, 2018 at 2 p.m. at the Brunswick School Upper Campus gymnasium on King Street in a setting he loved and that loved him back. In lieu of flowers and in memory of Jeffrey, please send donations to brunswickschool.org/support-wick and watersideschool.org/support/ways-to-give.
To plant trees in memory, please visit our Sympathy Store.
Published by Greenwich Time on Jul. 15, 2018.
MEMORIAL EVENTS
No memorial events are currently scheduled.
To offer your sympathy during this difficult time, you can now have memorial trees planted in a National Forest in memory of your loved one.
Funeral services provided by:
Leo P. Gallagher & Son Funeral Home
MAKE A DONATION
MEMORIES & CONDOLENCES
27 Entries
The years go by, but the memories last forever...
Gail Lehmann
Friend
July 9, 2020
To ALL that LOVE Jeff . . .

I am the aunt of Matt Heineman and I too love everything about Jeff.

His Smile, His Laugh, His Loyalty, His Total follow-through, His Joy of other peoples accomplishments, His Clarity, His Values, His Commitment, His Leadership, His Great capacity to LOVE others.

I met Jeff at Brunswick . . . he was on the Lacrosse team with Matt ... Matt ended up in the Emergency Room a few times . . . the first person there was Jeff. I spent time with the guys right after high school on Martha's Vineyard. So much fun . . . he was so good with adults . . . so nice to talk with and a happy person so be around. That was a fun summer . . . 18 year old boys . . . gotta love them!

Jeff's support of Matt is inspiring . . . he truly knows and believes in the people he loves. You are on his mind and in his heart . . . and you know it. Jeff was always there to support Matt's journey into the world of Documentary Film Making. He was at Sundance and other festivals to be part of the journey and to celebrate . . . friendship over time . . . the best.

Jeff . . . I want you to know that most of all you are a teacher. You taught all of us to know that our actions make a difference, that showing up for those you love is what life is all about, that truly knowing a friend requires passion and commitment and it is not always easy.

In closing . . . life is to be shared with others . . . do it right
. . . do like Jeff. Know that your words will live on forever . . . choose them wisely and say and write them to those you love . . . do it right
. . . do it like Jeff.
Shelly Russell
August 14, 2018
Whenever had the pleasure of seeing David of the years, we always looked forward to hearing Jeff's latest news and were never disappointed. If ever there was a life well lived.... he leaves behind so much to celebrate, remember, and build upon and shall never be forgotten!

Sally Ann Jacobs
and Joel
August 3, 2018
Jeff and Kaylie were my neighbors. I moved away and heard about the tragic accident. My condolences to the family. He was kind, sincere and always had a nice disposition. Jeff helped console me when my daughter died. He was just a compassionate person. You did a great job raising him into a fine young man. And he will be missed by many. My thoughts and prayers are with you.
Soo Loftus
Neighbor
July 25, 2018
To the Long Family,

Jeff and I attended St. David's together and we lived very close to one another in the city. I remember the play dates we used to have and always admired his positive attitude and athletic ability. I am truly saddened to hear of Jeff's accident and passing. My thoughts and prayers are with you and all of those that Jeff touched during his life. I consider myself lucky to have known Jeff and only wish we would have remained in better touch after our elementary schooling.

I didn't know Jeffrey, but his story sounds inspirational. My deepest condolences for your loss.

The cycling community of DC is behind Jeffrey and rallying to make the city safer for all everyone. I myself got into the exact same accident at the exact same location as Jeffrey in September 2017, but I was amazingly lucky and walked away from the incident with only minor injuries and damages. A police report was filed, DC DOT was informed that the intersection is a 'death trap,' but no action was taken to improve the safety of that intersection.

I know that this doesn't help in your time of sorrow, but should your family every consider taking action to help send a message to DC that roadway design is critically important, I'm sure there is a community of people that are eager to help.

My sincere condolences,
Paul Burman
[email protected]
Paul Burman
July 23, 2018
Dear Nancy,
I only knew Jeff when he was a handsome charming young boy living in the building next door to mine. He obviously achieved the potential that was clear even then. Nancy, I am so sorry for your terrible loss for all the many others who knew and loved him.
Lois Hummel
July 21, 2018
Jeff sounds like a remarkable young man that left a positive and uplifting impact on a tremendous amount of people. My profound condolences.
Denise Thompson
July 20, 2018
Sending thoughts and prayers to all of the family and friends of Mr. Jeff Long. He was a pleasure to work with here at Dataminr.
Michael Howard
July 20, 2018
Jeff was one of the best...ever, and he will be missed. Our sincerest condolences.
Eric and Ann Tillman
July 20, 2018
Jeff was a patient in our dental office for the last 6 years. Even though we have hundreds of patients and he only came in every 6 months, he was one of the good guys. One of the patients we looked forward to seeing on our the schedule, one that we all knew and liked. I remember him telling me about his upcoming wedding 2 years ago. He was a lover of life, and we will miss seeing him. All of our heartfelt love to his wife and parents. God bless us all. Sincerely, from all of us from his dental office.
July 19, 2018
Our thoughts and prayers are with you and your family. He will be missed and never forgotten.
-Bassil Azzam
July 19, 2018
Jeff was my student at Hamilton and a participant in the College's Washington Program when I directed it his junior year. He was a natural leader-- smart and charismatic with a great sense of humor. I am so sad to get this news. My sincere condolences to his wife and family. -- Frank Anechiarico
Frank Anechiarico
July 17, 2018
Jeff was a colleague of mine at Revolution Health. He was always upbeat and enthusiastic about everything he was doing. I crossed paths with him a few times over the years, and it was always a pleasure to see him. So sorry to hear this tragic new.
Dan Israel
July 17, 2018
Peace be still, GOD IS WITH YOU, AND LOVES YOU.
Rose Mary Blalock
July 17, 2018
Our thoughts and prayers are with you and your family.
Maureen & Dennis Crumbine
July 17, 2018
Your impact on everyone in the Hamilton community is immeasurable. The world has truly lost someone special. You were always so kind, warm, and energetic and my heart is breaking for your wonderful family. Sending so much love from California - wish I could attend the memorial in person.
Tanya Lerch
July 16, 2018
Jeff and I worked together at RevolutionHealth in the 2000's. He always had such a bright, positive attitude and outlook on life. He was a good soul, through and through and our thoughts go out to his family and friends.
July 16, 2018
The world has lost an amazing young man, a very special human being, who truly cared about everyone and lifted us all up. We are deeply sorry for your loss. With love to Nancy, David, Kaylie, Kathy and Erv.

Sincerely, Kathy and Harry Clark
July 16, 2018
dear nancy and david. deepest sympathy to you both in the loss of jeff. i remember him when he was going to brunswick. kind ,
considerate, nice young man. i worked for dr. mark anderson.
again deepest sympathy. lucy ingram. east haddam ct
July 16, 2018
One less angel on earth; one more in heaven. RIP Jeff.
Denise Carter
July 15, 2018
We are devastated by the news of Jeff's untimely death and grieve Kaylie and their families.
Gail Lehmann
July 15, 2018
My thoughts and prayers have been with Jeff's family and many friends since I heard this tragic news. Jeff was a remarkable young man. Every time I saw him--as a classmate of my son's at Brunswick, as an adult in Washington, DC or celebrating at various weddings, he always went out of his way to speak with me. I was struck so many times by what a genuine, caring young man he had become. He possessed a remarkable ability to bring out the best in everyone. I will always think of Jeff as a "connector" who was brilliant at putting people and ideas together, and I had high expectations for his career in politics or the public sector. We have lost a bright star.
Shaye Hester
July 15, 2018
Kaylie, Kathy & Irv,

I am so sorry...
John Cooper
July 15, 2018
Jeffrey, you are so loved by your family. All of us who were lucky enough to meet and know you during your too-short Life, greatly admire you. You will be forever missed. May Light perpetual shine on you and your family and bring comfort and peace now at the last.
Victoria G.S. Schilling
July 15, 2018
My deepest condolences, you are all in my thoughts and prayers.
Dawn Connolly
July 15, 2018
Showing 1 - 27 of 27 results