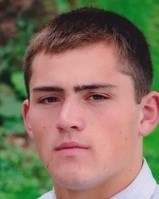 BORN
1992
DIED
2014
Durkin, John N.
John Nolen Durkin, beloved son of Liz and Tim Durkin, and loyal and devoted brother of Ted, Clare, Ginny and Trevor Durkin passed away suddenly in Rome, Italy on February 20, 2014.
John, a junior at Bates College in Lewiston, Maine, was spending a semester studying in Italy with at Trinity College's Rome Campus.
John was born in Portsmouth, New Hampshire on October 19, 1992. At age three, John and his family moved from Portsmouth to Rye Beach where they spent the last eighteen years. John attended Rye Elementary and Rye Junior High Schools where he excelled academically, being selected as a Johns Hopkins recipient and attended a week long program in Washington DC. He enjoyed many long lasting friendships from his years in Rye and loved many teachers and staff who taught and mentored him. Outside of school John enjoyed everything the community offered in terms of sports. He played soccer for Rye Recreation and later with the Rye Soccer Association. He loved playing Rye Little League baseball and was for four years a shortstop on the Braves. In fifth grade John began playing football with the Portsmouth Youth Football Association eventually earning the MVP and Coaches Awards. John loved playing the game; he was analytical, calling the plays even in his early years. John spent summers swimming on swim teams and playing Rye Recreation basketball and Portsmouth Babe Ruth baseball. During seven of these summers John and his family were visited by their special friend Kendall from the Fresh Air Fund of New York City.
In ninth grade John enrolled at the Governor's Academy in Byfield, Massachusetts. There, John accumulated a large network of close friends, teammates, teachers and staff whom he admired, loved and who continued to be a part of his life. At the Academy, John was a conscientious student who not only focused on his own academic record but that of his close friends. He wrote for the school newspaper, sang in the choir and was a student proctor his senior year. John was a member of the varsity football and baseball teams. In football, John was a captain his senior year and was awarded MVP and was named "All ISL" and second team All New England.
John enrolled at Bates College, where he had been recruited to play football. The minute John stepped on the Bates campus he was smiling. He was majoring in Economics and had just completed a challenging semester. He was looking forward to studying abroad in Rome and traveling throughout Europe. John was the starting strong linebacker on the Bates Football Team.
During the past two summers, John worked for the Isles of Shoals Steamship Authority as a crew member on the M/V Thomas Leighton. John loved being on the water and the daily excursions to the islands. After work each day, John would work out with his college teammates, faithfully completing the designated daily workouts outlined by his coaching staff.
There are many words to describe John: faithful, kind, loyal, witty, disciplined, loving and competitive, none; however does justice to the great presence he has had in all of our lives. We have been blessed by him and will keep his memory alive.
In addition to his immediate family, John leaves his much loved grandmothers, Mary Nolen McGrath and Virginia Hewitt Durkin. He leaves his Aunt Kathy McGrath, Uncle Bryan McGrath, Uncle John McGrath and wife Barbara, Uncle Bill Durkin and wife Martha, Uncle Patrick Durkin and wife Kristen, Uncle Tom Durkin and wife Sue and Uncle Dan Durkin and wife Susan. John's father Tim grew up in Greenwich, CT and attended local schools through high school. The Durkin family has relatives and many friends in the area.
John was predeceased by his Grandfathers, William A. Durkin and John J. McGrath. In addition, he leaves many cousins. John is survived by his "immortal" dog Rex who he adored.
There will be calling hours at the Community Campus, Portsmouth New Hampshire, on March 6th from 4pm to 8pm. A funeral mass will be held at Saint Theresa Church, Rye Beach, New Hampshire on March 7th at 12 noon.
In memory of John, the Durkin, his family will establish the "John Nolen Durkin Scholarship Fund" at Bates College for deserving student athletes. The family requests that, in lieu of flowers, contributions be made in memory of John and sent to Sarah Pearson, Bates College Advancement Office, 2 Andrews Road, Lewiston, Maine 04240. Gifts can also be made on-line at www.bates.edu/give. Please note in the comments section that the gift should be directed to the John Nolen Durkin Scholarship Fund. For questions, please call Sarah's office at 207-786-6247.

To plant trees in memory, please visit our Sympathy Store.
Published by Greenwich Time on Mar. 4, 2014.
MEMORIAL EVENTS
Mar
6
Calling hours
4:00p.m. - 8:00p.m.
Community Campus
, Portsmouth, NH
Mar
7
Funeral Mass
12:00p.m.
Saint Theresa Church
, Rye Beach, NH
MAKE A DONATION
MEMORIES & CONDOLENCES
12 Entries
Dear Tim, Liz and family,
Prayers and condolences from your Virginia cousins. Ginny contacted my Mom (Maryon Womble) yesterday with this sad news. Our hearts are broken and praying for God to provide his peace which surpasses all understanding.
Debbie Vanlandingham
March 13, 2014
We are so sorry for the loss of you beautiful son. We do not know you or John, but our son is presently studying in Rome. We pray you find peace someday and carry the pride memories of John.
Julie O'Sullivan
March 8, 2014
As a parent, I know you have suffered your worst nightmare. As a friend to Katherine, I know that she suffers along with you, for she has spoken to me often about her nephew John. It was so clear how abundantly proud she was of this great young man that she loved so much.

Please accept my very deepest sympathies,
Simone Analetto
March 7, 2014
Our hearts are filled with such sadness for the Durkin family. We will pray that god gives you strength at such a difficult time. John was such an amazing young man! He will be missed.
The Jenson Family
March 6, 2014
Tim and Liz,

Rob, Krissy and Jack Toohey
Perth Australia
March 5, 2014
condolences to the durkin family--scott, Allyson, and nan parker
nan parker
March 5, 2014
With many thoughts and deepest sympathy, I warmly pray that God comforts and strengthens you through this difficult time. (Luke 7:13-15)
March 5, 2014
Dear Ginny Durkin, So sad to read about your lovely Grandson. Norm and I, are in Hawaii but send love and sympathy to you and all the family. Fay & Norm Burger
March 4, 2014
No words can describe the sadness the Vallely family feels for all the Durkin's, praying for you. TVC
March 4, 2014
My son Alec played football at Bates with John this year... Alec told me what a great football player and role model John is. I say "is" because John touched the lives of so many. His smile is contagious and his spirit will live thru the lives of so many. My son is blessed to have known John this school year. John will truly be missed. I pray God gives you all the strength to get thru this difficult time. God bless all of you always...
Lisa Montes de Oca
March 4, 2014
I didn't know your son, but my daughter also enjoyed the school program in Italy years ago...this saddened my heart. My prayers are with you as a parent.
Jane Ginter Russo
March 4, 2014
There are no words. I am deeply saddened for your tragic loss.
L C
March 4, 2014
Showing 1 - 12 of 12 results