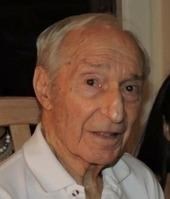 BORN
1927
DIED
2021
FUNERAL HOME
Castiglione Funeral Home
544 Old Post Road #3
Greenwich, CT
Peter Salvatore Perry Jr
Peter Salvatore Perry Jr., 93, of Greenwich, CT, passed away on the afternoon of September 17, 2021.
Peter was born on December 22, 1927 in Greenwich to the late Peter and Josephine (Gallo) Perry. He attended public schools in Greenwich, while in 9th grade Peter's father unexpectedly passed away requiring him to have to quit Greenwich High School to work for the family business, Perry's General Trucking. August 14, 1948 he married Rose (Bongiorno) Perry of Stamford to whom he remained married to for 72 years until her passing in June 2020. June 9, 1952 Peter was called to serve for the United States Army. Soon thereafter he was assigned to the 68th Engineering Company in Korea when during the Korean War he earned the Korean Service Medal with two bronze stars. When his military service ended in May 1954 Peter continued to work in the carting business eventually starting his own company Perry Sanitation. For recreation he bowled and was a pitcher for numerous fast pitch softball teams. According to dinner time lore, he only lost one game and that was due to a last inning error after which in disgust he threw the ball into the pond at Binney Park. When his playing days ended he coached the Clam Box Junior Babe Ruth League team for 11 years and during one stretch won 6 consecutive championships. After 42 years in the sanitation business he decided to sell his business and retire. During retirement he enjoyed golfing, being a spectator at his three grandchildren's activities and spending the winter months (excluding Christmas) with Rose at their condominium in Florida.
Peter is survived by his sons Peter (Elvia) of Westport, CT, Paul (Judi) of Milford, CT, his grandchildren Gabriella, Nicholas and Mikayla. He was predeceased by his brothers Joseph, Michael and Louis, sisters Louise Intrieri, Jenny D'Autilio, Nellie Pioli and Marie DeLuca.
A Christian burial service will be held on Saturday September 25, 2021 10:30 a.m. at St. Mary's Cemetery, 399 North Street, Greenwich. In lieu of flowers, the family asks that donations be made in Peter Perry's memory to JDRF Diabetes Foundation, PO Box 37920, Boone, IA 50037-0920.

Published by Greenwich Time on Sep. 20, 2021.
To plant trees in memory, please visit the Sympathy Store.
MEMORIAL EVENTS
Sep
25
Graveside service
10:30a.m.
St. Mary's Cemetery
399 North Street, Greenwich, CT
Funeral services provided by:
Castiglione Funeral Home
MAKE A DONATION
MEMORIES & CONDOLENCES
Sponsored by Castiglione Funeral Home.
8 Entries
To Perry Family; on behalf of The Waddells, we send our deepest and sincere condolences on the passing of Mr. Perry. Our prayers are with you ~ Mooch
Mooch Waddell
Friend
October 15, 2021
Paul and Peter - Very sorry to hear about the loss of your Dad. Whenever I was at the Perry house he was always smiling and welcoming. Great memories from all the baseball games that he coached or attended. Prayers to the extended Perry family.
Bill Coupe
September 30, 2021
Paul & family, May God bless you and your family in this time of sorrow.
Lisa Pellicano Niemiec
September 22, 2021
Paul and family, I am sorry for your loss. Reading your Dad's story and remembering a couple of those Junior Babe Ruth League Clam Box teams of his certainly made me smile. I'm hoping your memories of him carry you through and in time do the same for you.
Jerry Mackey
September 22, 2021
Peter & Paul: On behalf of the Waddell family, I want to extend my condolences in the passing of your dad. As a result of us being classmates and baseball colleagues, we recall always seeing him and your mom! You will be in our thoughts and prayers.
Joe Waddell
September 22, 2021
Peter and Paul and the entire Perry family I´m so sorry for the loss of your father. Mr. Perry was one of my first baseball manager´s he was a great friend and mentor. He taught me so much, not just about baseball and sports but about life. God bless Peter Salvatore Perry Jr, he will be missed dearly, and never forgotten. Vincent Zolluccio Friend
Vincent Zolluccio
September 21, 2021
Peter, Paul and family, so sorry to hear about Uncle Pete´s passing. May he Rest In Peace.
Robin (Perry) Hunt
September 21, 2021
Peter, Paul and family, sorry learn of your Dads passing. Always enjoyed running into him and talking old times. R.I.P.
Harry A Catanzaro
Friend
September 20, 2021
Showing 1 - 8 of 8 results