Robert Fujitani
Robert Fujitani
Robert Fujitani passed away peacefully at home in Cos Cob on September 6th. He was one month shy of his 99th birthday. Bob was raised in Cos Cob and lived most of his adult life in Old Greenwich with his wife of 73 years, Ruth. He went to Cos Cob elementary school and graduated in 1939 from Greenwich High as class president and quarterback of the football team, Bob is well known among comic buffs for his lifelong career as a comic book artist. He was only twenty when he went to work at the New York studio of Will Eisner as a penciler. A few years later, he was drawing "Hangman" as well as other superhero and detective comics. This was the period known as the "Golden Age of Comics". Bob went on to illustrate the comic books "Prince Valiant" and "Lassie" among others. He spent many years drawing and inking the daily and Sunday "Flash Gordon" strips for King Features. Bob was also a talented and prolific painter, particularly seascapes of Long Island Sound where he loved to fish, and the woods at Tod's Point and Montgomery Pinetum where he walked every day.
After a debilitating stroke in early June 2020, Bob was fortunate to have a close family friend as his constant companion and caregiver. Another dear friend wrote this, "I see that Bob had achieved Love, Bob-Love, and I know in my heart that his unique vibration is traveling through the universe, forever…". Bob found his way home, in his way, in his time. He is survived by his daughter, Susan Fujitani Meller and her husband, Frank Rubenfeld, who live in Berkeley, CA.
Published by Greenwich Time on Sep. 9, 2020.
MEMORIAL EVENTS
MAKE A DONATION
MEMORIES & CONDOLENCES
6 Entries 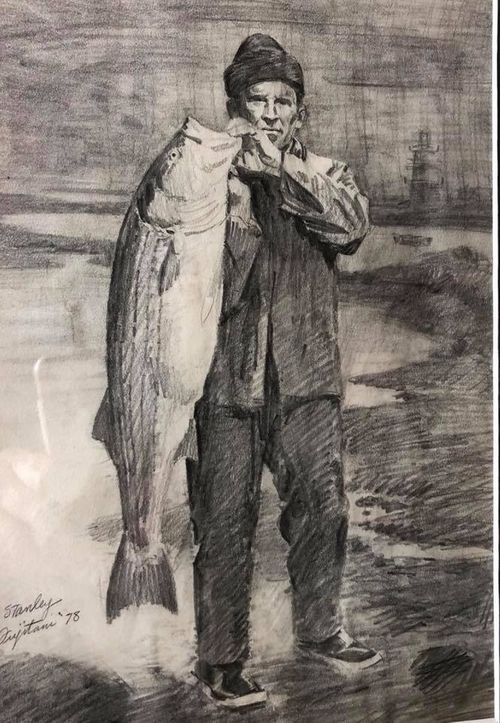 I am the niece of Robert Rohacik who lived in Greenwich. My uncle was a Taylor and worked in Cos Cob. He loved to fish and your Dad and my uncle would fish together. I have one of your Dad’s drawings of my Uncle Michael. He was so talented. He loved your Dad and shared many stories about him. May be Rest In Peace.
Deborah Abel
Acquaintance
March 10, 2021
Susan,
I am so sorry for your loss. Your father and your mother were good friends to both my parents when they moved in next door. I loved my visits with them when I was home visiting my parents. Your father’s art work was and is amazing.
Anne de Got
September 10, 2020
Sue, I am so sorry to hear about your Dad....I will never forget the many fun times we shared together growing up....I still have the Christmas card picture your Dad made and you gave to me...we sure did enjoy playing "dress up"....your home was a happy place to be and my memories of you and your parents are filled with love and happiness...
With love and sympathy, Sue Markscheffel Partain
Sue Markscheffel Partain
Friend
September 10, 2020
Susan, I remember your father well, as both your parents were extra special....I still have the "Princess picture" he took of me when we were playing dress-ups....such a good friend I had in you....and loved visiting with your parents....your home was a happy place....I am so sorry to hear about your Dad
With sympathy, Sue Markscheffel Partain (Cleveland, TN)
Sue Markscheffel Partain
Friend
September 10, 2020
My husband and I were married in Bob and Ruth's living Room 34 years ago. Both of our daughters have many childhood memories of swimming in the sound and picking clams out of the rocks. I am so glad that both Bob and Ruth were part of our lives for so long. We will never forget them. Love, Steve and Debbye Seeleman
Deborah Seeleman
Family
September 10, 2020
This morning I awoke to the news that Bob Fujitani had passed away, just a month shy of 99. I never met him, but I used to write him goofy fan letters when I was a teen. He began drawing superhero comics eighty years ago, but I remember him best as the artist on the Flash Gordon newspaper comic in the early 1980's. Bob once sent me a fabulously detailed sketch of Ming the Merciless, drawn in his direct-to-ink style that he worked in every day. When he realized that I was interested in drawing too, he sent me a book from his own shelves. I still treasure it, forty years later. I'll always remember his kindness.
Michael D Fraley
Acquaintance
September 9, 2020
Showing 1 - 6 of 6 results