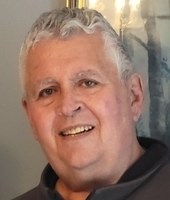 BORN
1947
DIED
2021
FUNERAL HOME
Greene Funeral Home
2133 Ebenezer Road
Rock Hill, SC
Robert G. Silvaggi
Rock Hill, SC – Mr. Robert Guido Silvaggi, 74, passed away on Friday, August 20, 2021 at the Levine Dickson Hospice House – Southminster in Charlotte, NC.
Mr. Silvaggi was born in Yonkers, NY, and was the son of the late Alfred G. Silvaggi and the late Marie Mancuso Silvaggi. Mr. Silvaggi obtained his B.S. degree in Education in 1970 at University of Miami, Coral Gables, FL and his M. S. degree in Education in 1974 at Iona College in New Rochelle, NY. He worked 35 years with the Greenwich Board of Education, Greenwich, CT as an American History teacher as well as the first Webmaster of the Greenwich Public Schools. Mr. Silvaggi coached football, baseball, softball, wrestling and golf for both boys and girls. He was the head of the social studies department, Chairman of the Eastern Middle School Technology Committee, and the Greenwich Public Schools Technology Committee. He also was the First Selectman from 2008-2010 in Brookfield, CT. He was a member of Hopewell Presbyterian Church in Rock Hill, SC.
A memorial service for Mr. Silvaggi will be held at 4:00 pm, Thursday, August 26, 2021 at the Hopewell Presbyterian Church, 1571 S. Anderson Road, Rock Hill, SC 29730
Mr. Silvaggi is survived by his wife, Rebecca Deal Silvaggi; his two sons, Christopher R. Silvaggi and his wife Kimberly, of Castle Rock, CO and Nicholas R. Silvaggi and his wife Jessica, of Cedarburg, WI; and his five grandchildren: Ashley, Christopher, Caroline, Celia, and Joseph.
In lieu of flowers, memorials may be made in Silvaggis' name to Hopewell Presbyterian Church, 1571 S. Anderson Road, Rock Hill, SC 29732 or the Levine Dickson Hospice House-Southminster, 8919 Park Road, Charlotte, NC 28210.
Condolences may be made atwww.greenefuneralhome.net.
Published by Danbury News Times & Greenwich Time on Aug. 22, 2021.
To plant trees in memory, please visit the Sympathy Store.
MEMORIAL EVENTS
Aug
26
Memorial service
4:00p.m.
Hopewell Presbyterian Church
1571 S. Anderson Road, Rock Hill, SC
Funeral services provided by:
Greene Funeral Home
MAKE A DONATION
MEMORIES & CONDOLENCES
Sponsored by Greene Funeral Home Northwest Chapel.
8 Entries
Bob was a pillar of positivity in Brookfield CT. He and Rebecca made the town a better place. I also enjoyed Bob as a teacher in Greenwich, CT.
David A. Stevenson GRI
August 25, 2021
Mr. Silvaggi was my Eighth grade History teacher at Eastern Jr High. I´ll never forget how he explained to the class, the incredible significance of the recent death of John Lennon on the world and how he helped me to understand the complicated Iran Hostage Crisis and their release. I loved going to his class every day. He was a truly amazing and dedicated teacher.
Anne Savage
School
August 25, 2021
I will always remember the good times we shared together with you and your wife Rebecca. May you rest in peace now my dear friend.
Diane P. Stevenson
Friend
August 25, 2021
Nick and the entire Silvaggi Family. Our most heartfelt and deepest condolences to you and your entire family. Mr. Silvaggi was a hint amongst men! May you find peace and comfort in the memories you have of him.
The Shevlin Family
Friend
August 24, 2021
Mr. Silvaggi was my middle school teacher and wrestling coach at Eastern Jr. High School in Greenwich (77'-79'). As a representative for those students who may not get a chance to say this....thank you for your dedication and influence in our lives. You'll never know how you impacted so many. Our condolences to his family and close friends.
Jeff Goodwin
August 24, 2021
Rebecca I am so sorry for your loss. You and your sons will be in our prayers in the days and weeks to come. May God comfort you all in this time of need. Junior, Paige and Mallory Collins
Paige Collins
August 24, 2021
Dear Rebecca & Family, We are so very sorry for your loss. We will continue to uplift you all in our prayers. May God bless you and comfort you all in your time of loss.
Chip & Lauri McLean
August 23, 2021
Chris, Kim, and family - we are so, so sorry to read this news. He was a great man, and his legacy is reflected in his children and grandchildren. Much love from the Tino family.
Guy Tino
August 22, 2021
Showing 1 - 8 of 8 results