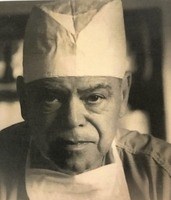 FUNERAL HOME
Fred D Knapp & Son Funeral Home
267 Greenwich Ave.
Greenwich, CT
Dr. Sidney Kaplan
Dr. Sidney Kaplan, a thoracic surgeon, died on August 19, 2021, at Greenwich Hospital. He was 92 years old and resided in Greenwich. He was born in Spring Valley, NY, to parents Samuel and Clara who came to the United States from Odessa, Ukraine.
Inspired to become a doctor after the death of a beloved uncle, he received honors from Michigan State, graduated from the University of Buffalo Medical School and went on to a residency in thoracic surgery. Dr. Kaplan devoted himself to surgery in the inner cities and worked in many hospitals in Manhattan, the Bronx and Westchester. He had a special tie to Mount Vernon Hospital, (Westchester, NY) where he felt he could make his greatest contribution in an urban, multicultural setting. He served as both Director of Surgery and Thoracic Surgery there. He also worked at Sound Shore Hospital in New Rochelle. He was a clinical professor of surgery at several hospitals and the author and co-author of journal papers, including one on the management of cardiac stab wounds.
Dr. Kaplan was a fellow of the American College of Surgeons, the New York Thoracic Surgery Society, the New York Medical College Surgical Society, and the Westchester Chapter of the American College of Surgeons.
Dr. Kaplan interrupted his career to serve his country as a Captain in the Air Force from 1957-1959 in Louisiana.
When he retired at 83, he wrote a book about his surgical career: "Fencing With God, A Surgeon's Duel for Existence". He felt strongly that surgeons and doctors in general had an obligation to serve all patients regardless of their ability to pay. A rigorously honest man, he recounted both his never-ending amazement at the part he played in saving lives as well as his humbling by a policeman who ticketed him as he sped to an emergency, telling him he had perhaps saved his life. "The lesson", he wrote, "actually stayed with me."
Dr. Kaplan is survived by his loving wife, Dr. Susan Santry, also a physician. He is also survived by three children from his marriage to the late Dolores Kaplan: a daughter Linda (Lee) Seacord, and two sons, David (Jelena) and Robert Kaplan as well as six grandchildren: Justin Seacord (Dr. Janice Wang), Brian (Kerri) Seacord, Joshua Kai Kaplan, Jonah Kaplan, Michael Kaplan and Scott Kaplan; and four great-grandchildren, Natalie, Sean, Spencer and Parker Seacord. A sister, Pauline Lack, also survives him.
Though he wrote in his book about being most at ease in the operating room, Dr. Kaplan was devoted to his family. He traveled extensively throughout the world, favoring places with golf courses. He was a lover of dogs since he was a child, and enjoyed gardening, chess, painting and tennis. The family is especially grateful for the wonderful care he received at every level at Greenwich Hospital and in particular to Dr. Merlin S. Lee, and Dr. Anthony Pucillo.
There will be a private ceremony held with family members.
Published by Greenwich Time on Aug. 27, 2021.
To plant trees in memory, please visit the Sympathy Store.
MEMORIAL EVENTS
To offer your sympathy during this difficult time, you can now have memorial trees planted in a National Forest in memory of your loved one.
Funeral services provided by:
Fred D Knapp & Son Funeral Home
MAKE A DONATION
MEMORIES & CONDOLENCES
Sponsored by Fred D Knapp & Son Funeral Home.
0 Entries
Be the first to post a memory or condolences.