Last Respects will be held on Tuesday, October 5th from 8:30 a.m. to 10:30 a.m. at Guam Memorial Funeral Home Chapel in Leyang, Barrigada. Mass for a Christian Burial will be offered at 11 a.m. at Santa Barbara Church (lower level) in Dededo, followed by interment at Guam Memorial Park. 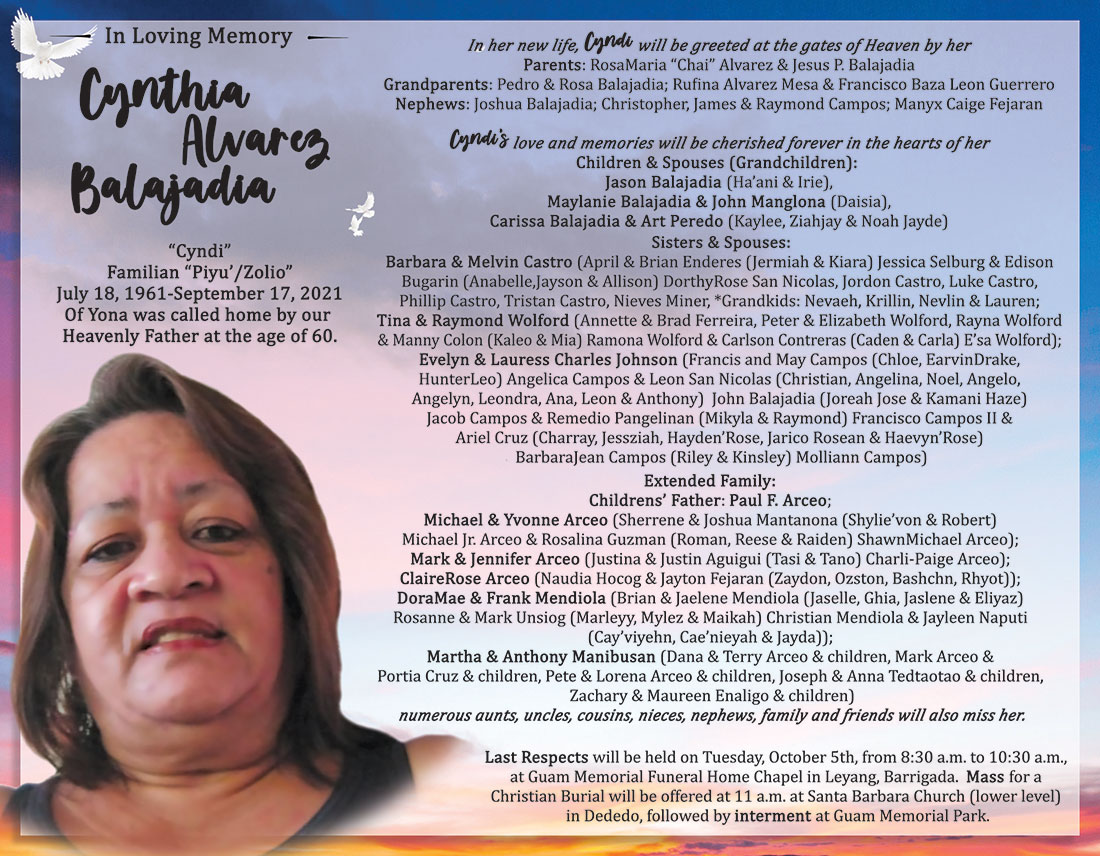