Last Respects will be held August 12, 2021 from 8 a.m. to 11 a.m. at Guam Memorial Funeral Home Chapel in Leyang, Barrigada. Final rosary will begin at 8 a.m. Mass for a Christian burial will be offered at 12 noon at San Juan Bautista Catholic Church in Ordot. Interment will follow at Pigo Cemetery in Anigua. 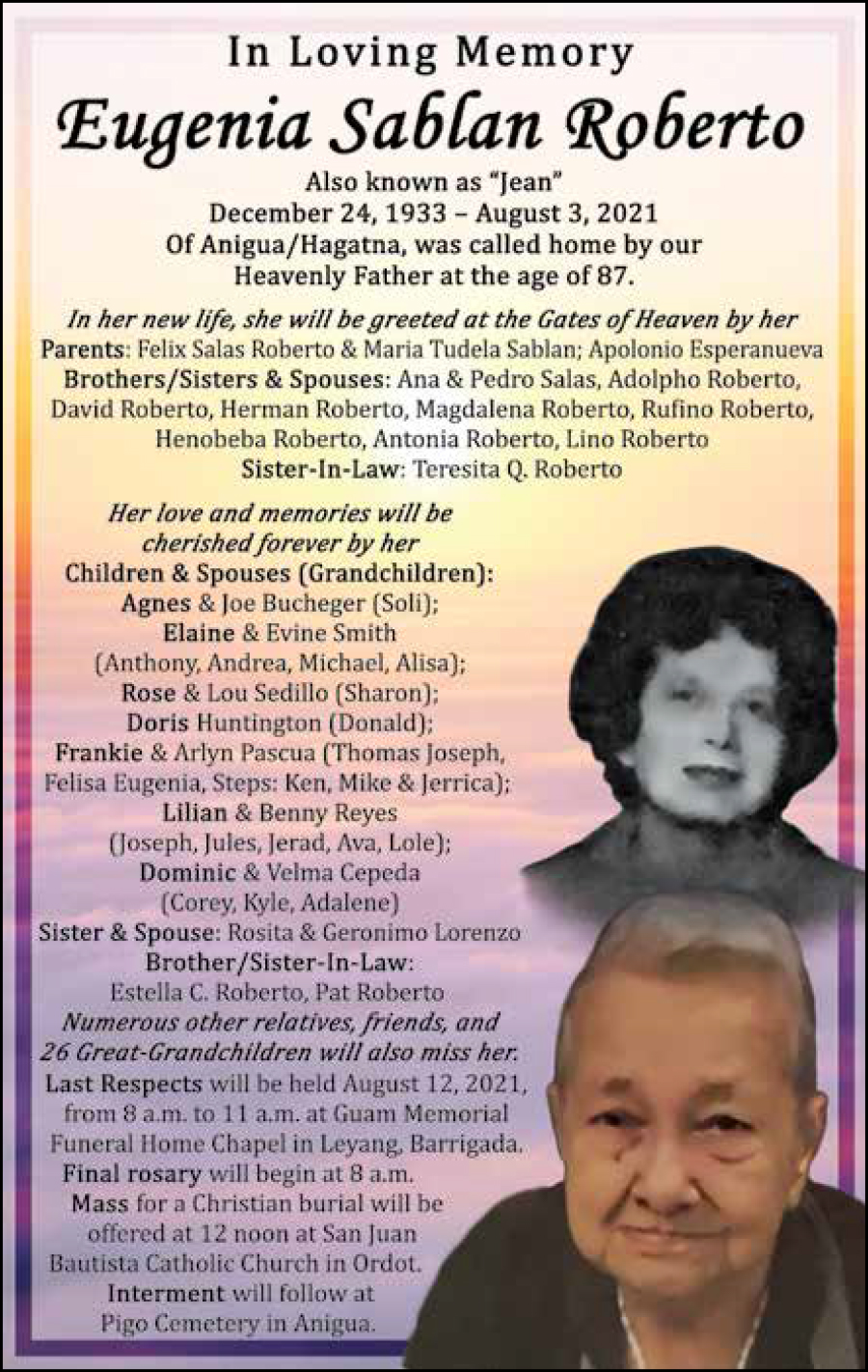