We, the family of Francisco Duenas Flores, would like to extend an invitation to our family and friends to join us in prayer as we celebrate the memory of our beloved husband, father, brother, and grandfather on the first anniversary of his passing.

Daily Rosary will be held from August 24-September 1, 2021 at 3:30 p.m. via Zoom at the following link: bit.ly/FranciscoFlores1stAnniversary.

We kindly ask our family and friends to observe the most recent public health guidelines.

We also ask for your prayers as we remember Francisco's parents. 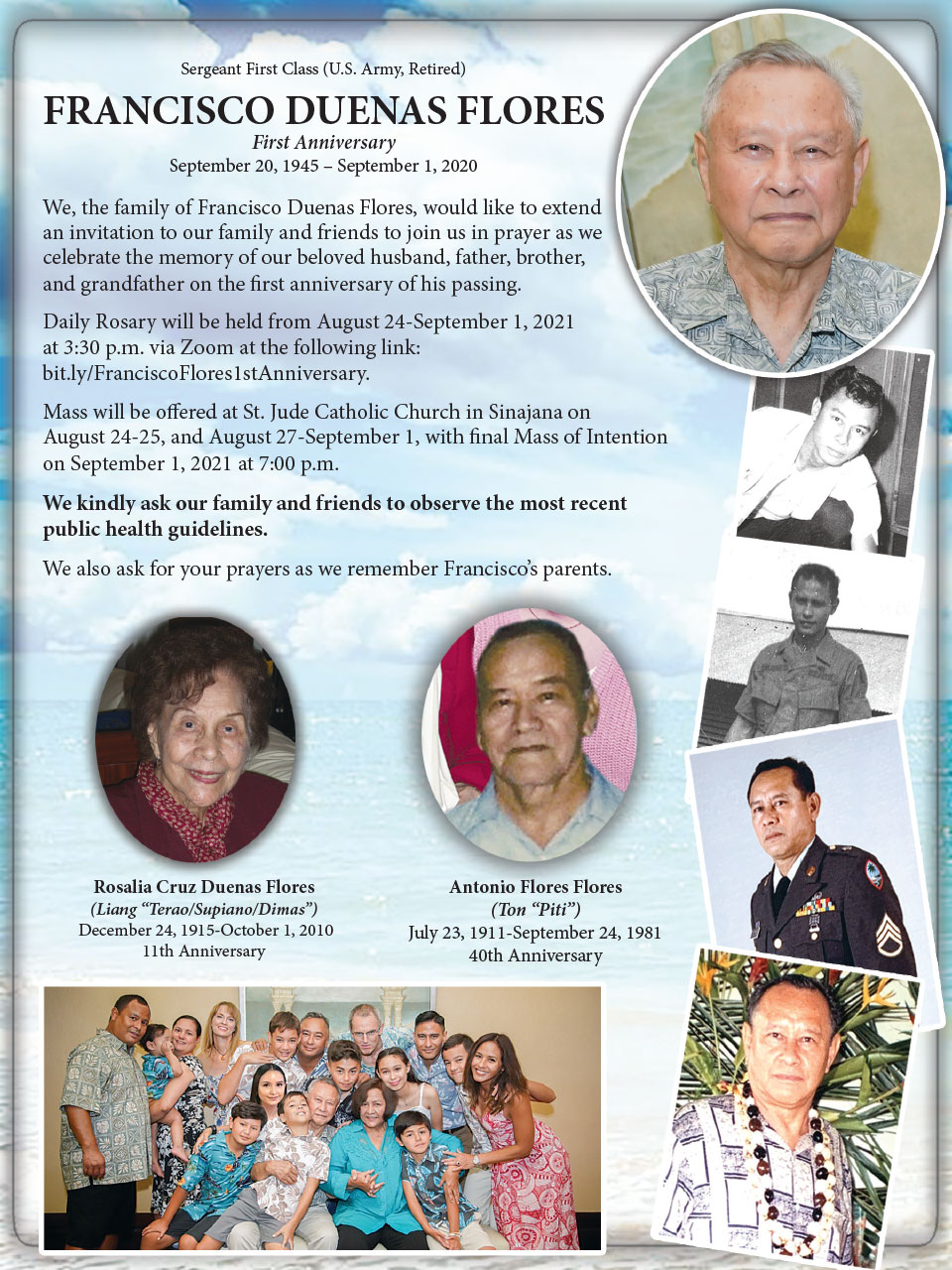