Mary Ann was a member of the Board of Directors of UEG, Inc. dba Unitek Environmental Guam. Mary Ann traveled to Guam every year for the past 20 years for Thanksgiving through New Years to be with her Unitek family. During her time in Guam, Mary Ann became an active Unitek staff member and local ambassador for the firm.

She was born on August 8, 1942 to Carl and Lucille Schneider. She attended Cotter High School in Winona, MN and graduated with the class of 1960, a group she has stayed close to until her death. In 1962 she married Leroy Richard Moore and they had one son. Mary Ann worked at Kelly's Furniture from 1965 to 1989 as the firm's bookkeeper and warehouse manager. From 1989 to 2004 she worked at St. Anne's Hospice as activities coordinator and volunteer.

Mary Ann was a proud member of the Winona Area Clown Club for over 20 years as the clown "Rosie for Now." Her joy was making people laugh and smile and "Rosie for Now" attended many of the local parades in the area. She enjoyed traveling with her family throughout the United States and around the world to Paris, London, Australia, Hawaii, and especially Guam.

She was preceded in death by her parents; her brothers Nicholas, Wilfred, and Rudy Schneider and her sister Bernadine (Schneider) Hazelton; as well as her husband Leroy. She is survived by her son LeRoy Allan Moore, daughter in-law Debora Moore, and her grandchildren Samantha and Nicholas Moore; as well as numerous other nephews, nieces and cousins.

Most importantly, Mary Ann is survived by her many friends who brought joy to her life and theirs. She shall live forever in our memory and we were blessed to be a part of her life. A funeral will be held in Winona, MN on August 11 at St. Mary's Church in Winona, MN. 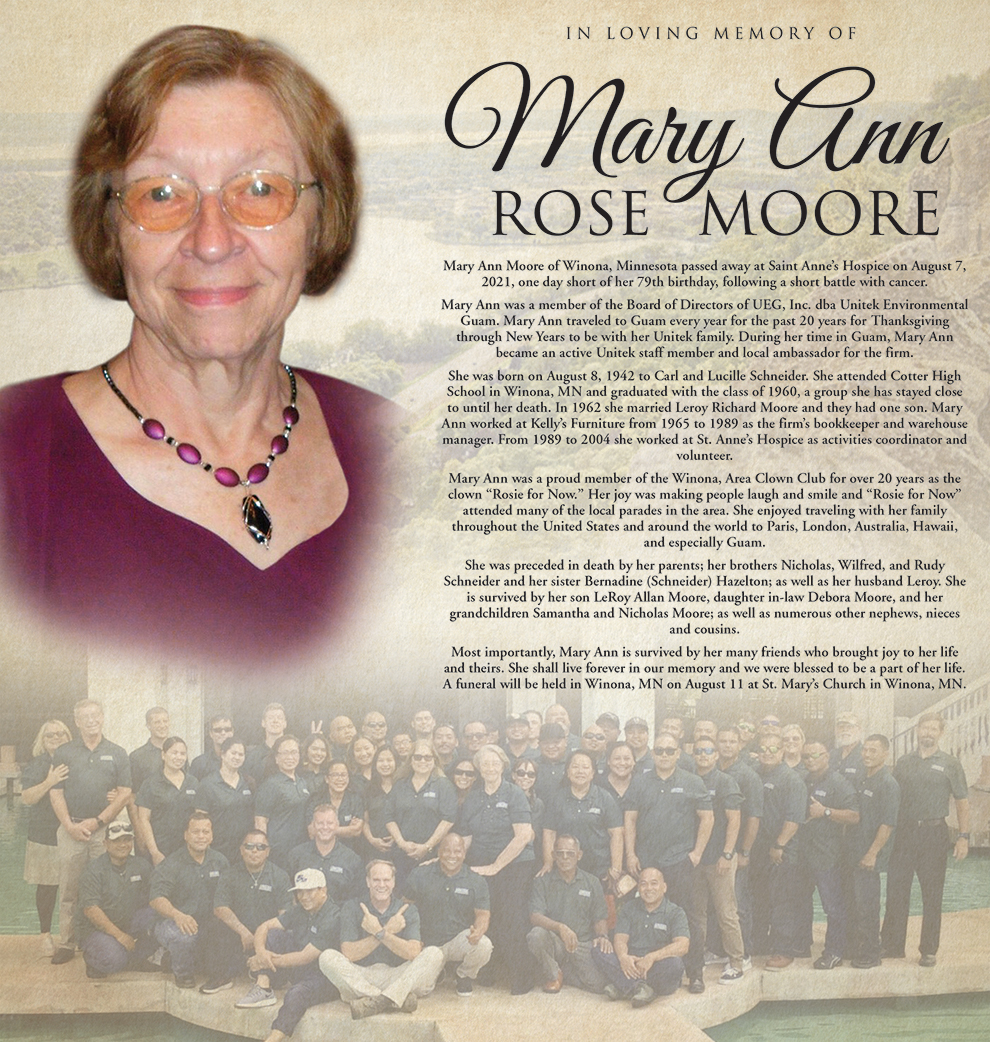