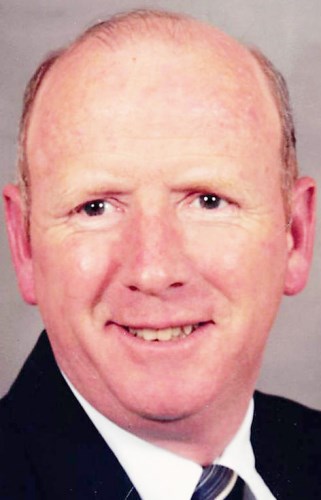 He was born October 21, 1935 to William Preston Huddleston Sr. and Alma Britton Huddleston in the Ashley Township, Independence County, Arkansas.

He is predeceased by his parents, a sister, Eddie Ann Boling, and a granddaughter, Staci Kathryn Smith.

William "Sonny" Huddleston graduated from Cave City High School in 1953. He then attended the University of Houston before joining the Air Force in 1958. During his time in military service he finished his Bachelor's Degree from Park College and entered Officer's Training School. He was awarded numerous service awards, The National Defense Medal and The Bronze Star for meritorious service, outstanding leadership and unwavering perseverance during the Vietnam Wartime conflict. He retired as a Captain in the Air Force after 23 years as a Missile Launch Officer and a Special Agent with the OSI.

He and Joella returned to Batesville in 1980 where he then pursued an awarded sales position at Bailey Ford. It was once quoted to his daughter, by one of his customers, that her Daddy was so honest "you could play poker with him over the phone." Sonny and Joella attended First Baptist Church in Batesville where he helped driving the bus for the active senior members of the congregation. He took this job so seriously that he had the bus and van insurance rules taped to the inside front of his Bible.

Papa Sonny was kept very busy through the years helping care for his grand and great-grandchildren, especially keeping their cars running and safe. Sonny and Joella were very involved with their R.V. camping group S.M.A.R.T. (Special Military Active and Retired Travelers). He enjoyed their many trips all over the United States with the Arkansas S.M.A.R.T. Hogs.

His presence, common sense, and gentle laugh will be greatly missed.

Memorial services will be held Saturday, October 30, 2021 at 11 a.m. at First Baptist Church of Batesville under the direction of Roller-Crouch Funeral Home with Bro. Stacy Reed officiating.

Published by The Batesville Daily Guard on Oct. 25, 2021.
To plant trees in memory, please visit the Sympathy Store.
MEMORIAL EVENTS
Oct
30
Memorial service
11:00a.m.
First Baptist Church of Batesville
AR
Funeral services provided by:
Roller-Crouch Funeral Home
MEMORIES & CONDOLENCES
Sponsored by Roller-Crouch Funeral Home.
1 Entry
Joella, I´m so sorry for the loss of your husband. I met you at the Alzheimer´s group meeting. My prayers go out to you and the family.
Jean Burns
October 28, 2021
Showing 1 - 1 of 1 results