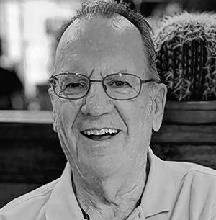 80, of Urbana, passed away peacefully on July 20, 2021, at Springfield Regional Medical Center. He was born July 7, 1941, in Springfield, Ohio, to Raymond and Catherine Pearl O'Neal. After graduating from Springfield North High School in 1961, he began his career at International Harvester Company. He retired after faithfully working 32 years. George also served his country for six years of duty with the US Army Reserve. He married his devoted wife Mary in 1965, and in 1969 they moved to the countryside of Cable, Ohio, where they nurtured and raised six children. George enjoyed farming, hunting, fishing, raising animals, and watching Western movies, especially ones featuring John Wayne. His first love was the Lord and he would share his faith and pray with anyone he found in need. George was a founding and current member of the River of Life Christian Center, Urbana, having held the position of Deacon for many years. He considered his wife Mary as impossible to live without, even for a moment, and she was always by his side. George dearly loved all his family. Survivors include his wife of 56 years, Mary (Metzger) O'Neal; daughters, Mary Kathryn (Rodney) Daum of West Liberty and Kristine (Antonio) Febres of Raleigh, North Carolina; sons, Andrew (Susan) O'Neal of