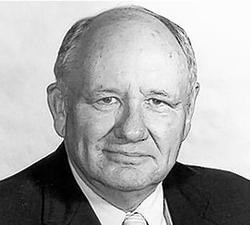 POTTER, MD, Myron Timothy "Tim" Of Makanda, Illinois, died of natural causes Saturday, April 2, 2016, at Manor Court in Carbondale, Illinois. He was 80 years old. Dr. Potter was born on April 17, 1935, in Cincinnati to Myron T Potter and Florence Arabella (Coe) Potter, and grew up in Oxford, Ohio. Dr. Potter graduated from the William McGuffey High School in Oxford, Ohio, in 1953 and obtained his Bachelor of Science from Miami University in 1956. In 1960 he received a Doctor of Medicine degree from the University of Cincinnati, and began his internship at the University of California at San Francisco Hospital, where he also served as assistant resident until December 1961. Dr. Potter subsequently entered the Mayo Graduate School of Medicine in Rochester, Minnesota, where he completed his residency in 1966. He was admitted to the American Board of Internal Medicine of the American Medical Association in 1972. After finishing his residency, Dr. Potter brought his family to Carbondale, Illinois, and joined the Carbondale Clinic, where he practiced internal medicine until his retirement in 2000. Dr. Potter joined the United State Air Force Reserve (Medical Corps) in 1961, and received an honorable discharge with the rank of Captain in 1963. Dr. Potter married Rene McCune on June 17, 1957, in Oxford, Ohio. In addition to his wife, survivors include his daughter, Clarissa Coe Potter of Rumson, New Jersey, and his son, Timothy Campbell "Cam" Potter of Tampa, Florida; his grandchildren Ennis Green Wilson, Caileigh Aleny Potter, Jasper McCune Wilson, and Thomas Coe Potter; his brother, Geoffrey Coe Potter of Oxford, Ohio; as well as nieces and nephews, other relatives and numerous friends. Dr. Potter was a member of the Boy Scouts of America and the Miami University's Alpha chapter of Beta Theta Pi fraternity. He spent many years as a volunteer clinical assistant professor with the Southern Illinois University School of Medicine. He was devoted to the Makanda farm he and his wife bought in 1970, and spent many happy years restoring the land to a more natural state and sharing his enthusiasm for its beautiful native plants and animals. He loved to travel with his wife and family, and spent a number of winters in New Smyrna Beach, Florida, where his grandchildren visited him frequently. An avid reader and music enthusiast, he particularly loved mystery novels and enjoyed attending the SIU Symphony. A memorial service for Dr. Potter will be held on Saturday, April 9, 2016, at 1 pm at the Meredith Funeral Home in Carbondale with Rev. John Annable officiating. Immediately following will be a reception at Giant City Lodge in Makanda. Memorials are the preferred form of remembrance and may be made to Green Earth, Inc. or Juvenile Diabetes Research Foundation (JDRF). Envelopes will be available at the funeral home. To share a story or memory of Dr. Potter visit www.meredithfh.com
Published by Journal-News on Apr. 7, 2016.
To plant trees in memory, please visit the Sympathy Store.
MEMORIAL EVENTS
Apr
9
Memorial service
1:00p.m.
Meredith Funeral Home
300 S University Ave, Carbondale, OH
Funeral services provided by:
G. Meredith Funeral Home - Carbondale
MAKE A DONATION
MEMORIES & CONDOLENCES
Sponsored by G. Meredith Funeral Home - Carbondale.
2 Entries
I remember painting for Tim and Rene in 1985 and again in 1998. I remember Tim as a quiet and kind man who always had time to listen to anything that I had to say. Both Tim and Rene were very welcoming, and I felt very comfortable working with them to beautify their home.I'm saddened by Tim's passing.
Guido Bernstein
April 9, 2016
Rene, and family, our hearts are sad with the news that Dr. Tim Potter has passed. Tim was not only a remarkable physician who was caring and simply the best, but a good friend. He was our primary care physician for about 25 years and we have missed him since we moved. He was a joy to know and he helped both of us to live longer lives. He was always funny and he was so smart and kept up with everything. Do take care and cherish the wonderful memories! Love, Shirley and Don
Shirley and Don Beggs
April 7, 2016
Showing 1 - 2 of 2 results