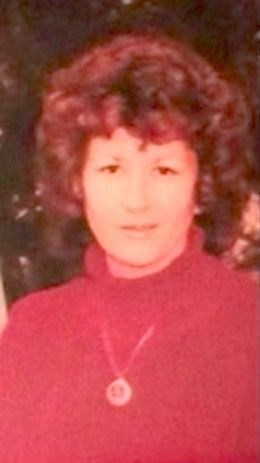 Barbara was a loving wife, mother, grandmother and sister. She was the rock of her family and had a gift for helping others. Barbara will be dearly missed by all the lives she touched.

She was preceded in death by her parents, Jack Granger and Marjorie Thomas Granger; and brothers, Earl McCarroll and J.L. Granger.

An on-line guest book is available at www.harrymckneely.com.

Published by The Daily Star on Jun. 21, 2021.
To plant trees in memory, please visit the Sympathy Store.
MEMORIAL EVENTS
Jun
24
Visitation
9:00a.m. - 11:00a.m.
Harry McKneely & Son - Hammond
2000 N. Morrison Blvd., Hammond, LA
Jun
24
Service
11:00a.m.
Harry McKneely & Son - Hammond
2000 N. Morrison Blvd., Hammond, LA
Interment
Service details to be determined.
Funeral services provided by:
Harry McKneely & Son Funeral Homes & Crematory - Hammond
MEMORIES & CONDOLENCES
Sponsored by Harry McKneely & Son Funeral Homes & Crematory - Hammond.
3 Entries
So saddened to read of Barbara Jo's passing. She was a pretty and sweet girl when we went to school together at Woodland. We were neighbors and classmates as little girls growing up. She was my friend and I have thought about her many times over the years and tried to locate her for our reunion 7 years ago. So sorry we were not able to connect. My gratitude for her sweet childhood friendship and prayers for entire family.
Glenda Sharkey
Neighbor
June 21, 2021
So sorry for your loss. Uncle Bill always tried to make sure we could visit when we came south. Our condolences to Leroy and family on Barbara's passing.
Mike Thomas
Family
June 21, 2021
A awesome woman, wife, mother, sister and dear friend. She was the one who held the family together. She will be greatly miss, but not forgotten..
Love you Sis
Jack and Tammy Granger
Family
June 22, 2021
Showing 1 - 3 of 3 results