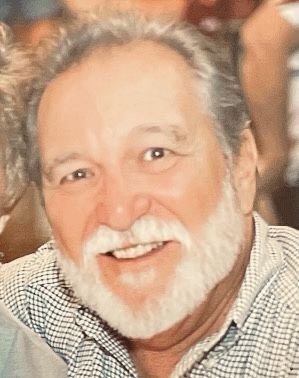 Darrell Edward Horton, a retired Mechanical Engineer from Dupont-Dow Elastomers, passed away peacefully at North Oaks Medical Center on Thursday, September 2, 2021. He was 74.

Born in New Orleans on October 5, 1946, he attended De LaSalle High School and was a graduate of Christian Brothers College in Memphis Tennessee with a BS in Mechanical Engineering. He served in the United States Army as First Lieutenant, Nuclear Weapons Officer in the 524 Ord Co USARAL-Alaska, where he was awarded the Army Commendation Medal and was honorably discharged.

He was preceded in death by his parents, Willis Myron Horton and Rita Pizzolato Horton.

Mr. Horton was a member of Holy Ghost Catholic Church in Hammond, Louisiana, a former Boy Scout Troop 170 leader, and was known to a loyal group of neighbors, friends, and at least three squirrels as "Mr. Bellewood." To honor his wishes, in lieu of a wake and funeral, a celebration of life will be planned. Our words are no match for his:

"Do not mourn or pity me for I have lived a long, full, wonderful life surrounded by people I love and adore, having fun and getting things done through thick and thin! I plan to be with all of you in spirit, helping if or when I can."

Published by The Daily Star on Sep. 8, 2021.
To plant trees in memory, please visit the Sympathy Store.
MEMORIAL EVENTS
To offer your sympathy during this difficult time, you can now have memorial trees planted in a National Forest in memory of your loved one.
MEMORIES & CONDOLENCES
6 Entries
My deepest heartfelt sympathies to you Miss Valerie and your family. I regret losing touch with Darrell since he retired. At any rate, he and I had a great relationship when we worked together. I have so many memories. I do not have your number to contact you, but I would love to hear from you. Please feel free to call me at 504-559-1490.
David Sutton, Jr.
September 15, 2021
Whenever I found myself knee deep in alligators, one thing I could count on was Darrell standing next to me saying it wasn't too late to drain the swamp. To the best friend a man could ever hope to have - May the road rise up to meet you, may the wind be always at your back, may the sun shine warm on your face, the rains fall soft upon your fields, and until we meet again, may God hold you in the palm of his hand. Until we meet again my friend. Goodbye for now, Humma
Henry Luthringshausen
September 14, 2021
So Very Sorry For Your Loss...but O What a Blessed Welcome He Recieved...Sending Lots of Love &
Judy Clasen Sinnott
September 11, 2021
My brother, Darrell, was the best brother anyone could possibly want to share a life with on this earth. His positive outlook, his ready smile, his willingness to help his fellow human being no matter the nature of the task, defined his life from the first memory I have of my big brother. Darrell, I will love you always and cherish your memory forever. Your leaving has left a huge hole in my universe. Rest In Peace, dear brother. Your loving sister, Nancy
September 11, 2021
I will miss you, Darrell
Sam Schiro
Family
September 9, 2021
Darrell was one of a kind! A friend every person wishes they had. It was always so much fun just being with them we never wanted to stop visiting. He will be greatly missed by everyone who knew him and loved him. We send our loving thoughts to the Horton family.
Charline & Richard Laurent
Friend
September 9, 2021
Showing 1 - 6 of 6 results