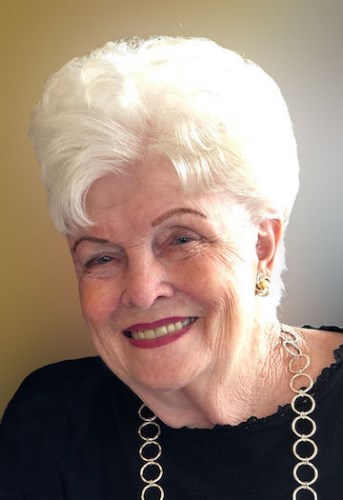 Gladys Lorraine Brown Wilkinson passed away peacefully and naturally on Tuesday, September 21, 2021, in Hammond, Louisiana at the age of 90. She was born on January 19, 1931, in Denham Springs, Louisiana, where she was raised.

She attended the private Ozark Academy in Arkansas before returning to her home state and meeting the father of her children, Anthony Patrick Catania.

She is survived by her three children: David Catania and his wife Videt Catania, Judith Catania Sharp and her husband Michael Raymond Sharp, and Patrick Catania. She also is survived by her cherished grandchildren, Matina Catania, Kristin Sharp Anderson, Michael Simpson Sharp, Cullen Catania, and Courtney Widmier, in addition to her beloved great grandchildren, as well as her many nieces, nephews, cousins and special friends.

Gladys is preceded in death by her husband, Emerson G. Wilkinson, more commonly known as "Bill" in the community, a former Louisiana State Fire Marshal and captain with Louisiana State Police. They married on November 16, 1974, with her daughter "Judy" serving as her maid-of-honor. Through community service and Gladys' various talents and interests, they developed many lifelong friendships over the years.

Gladys worked at First Guaranty Bank before transitioning to one of her true passions – working as a beautician. Among her many talents were cooking, painting and sewing, to name a few. She loved music and dancing and could often be spotted in the crowds of either of her sons' local, live music performances.

She regularly entertained friends and family in the casual comfort of her home. Upon arrival, all would be welcomed by delightful aromas from a home-cooked meal typically offered alongside a glass of sweet tea with "always optional" lemon. She had a gifted spirit and magic touch with children that is sure to be cherished by younger generations blessed to be in her circle. Time spent with Gladys was never hurried or rushed, and those around her always felt the sincerity of her devoted time and attention.

Funeral arrangements have been entrusted to Harry McKneely and Son of Hammond. Brother Leon Dunn of Riverside Church in Mississippi, formally of Woodland Park Church and the officiant for Gladys and Bill's nuptials, will lead interment services on Friday, September 24, 2021, in Holly Gardens Cemetery at 1 p.m. Friends and family are invited to attend the graveside service and are asked to celebrate her life safely by masking and physically distancing in response to the pandemic.