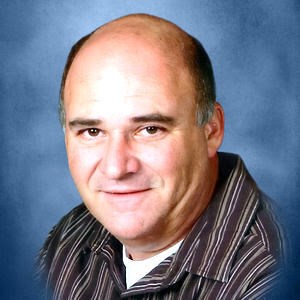 Michael Wayne Lamartiniere, of Tickfaw, Louisiana, passed away at his home surrounded by his loving family on Wednesday, September 29, 2021, at the age of 58.

He was born on June 5, 1963, in New Orleans, Louisiana, the son of Mark and Rita Lamartiniere Sr.

Mike is survived by his loving, devoted wife of 39 years. Mike and Donna enjoyed spending time together as well as spending time with their family and grandkids. In Mike's spare time he loved meeting new people, taking camping trips, taking trips to the casino, working in his shop, and racing his mustang. Mike was a jack of all trades and could do just about anything.

He was a construction worker, electrician, and worked for Super Value as a forklift technician for about 16 years. Mike started working for Malin on June 11, 2001, and work for 20 years as a forklift technician which was truly his passion. Malin is a compassionate company who stood by his side after he was diagnosed with ALS. Mike was very passionate about his Bush Hogging business too. Mike was an outstanding worker and just a great person to be around. He always helped everyone and never complained.

He was also involved in the Blessed Mother Feast, as well as Thomas in the Last Supper for many years at Our Lady of Pompeii Catholic Church.

He was preceded in death by his mother, Rita Boudoin Lamartiniere, and father-in-law, Anthony P. Musacchia, Jr.