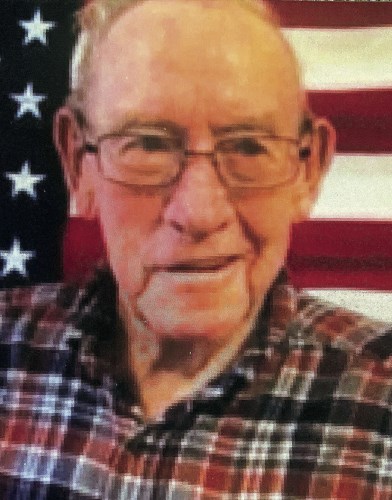 THREE OAKS - Beryl F. Hinman, a longtime resident of Three Oaks, passed away June 28, 2021. He was born on November 14, 1931, in Galien, Michigan; son of Lee and Lydia (nee Fulton) Hinman. Beryl proudly served in the United States Army during the Korean War. He was united in marriage to Myra K. Lynch on September 28, 1957; lovingly devoted to each other for over 63 years.

Beryl was born and raised in Galien and moved to Three Oaks where he spent most of his life. He worked as a laborer for many years and was a loyal member of the Western Michigan Construction Laborers Union Local 355. Beryl also served as a volunteer with the Three Oaks Ambulance Department and aided many people over the years. Being dedicated to his Three Oaks community, he also served as the Sexton at Forest Lawn Cemetery where he will be laid to rest.

Beryl genuinely enjoyed taking care of his home, whether it was manicuring the lawn, which gave him an excuse to use the John Deere, gardening, or tending to the ponies and barn. He cherished being in the Flag Day Parade in Three Oaks; many parade goers saw him driving the horse and buggy or riding in his golf cart. Beryl was particularly proud of the barn built and erected by himself and his brothers. He would make delicious salami with family and friends, usually enjoying a beer or two in the process. Beryl loved all animals, especially his beloved kitty Missy, and liked spending time outdoors. His favorite place to travel was Hawaii, it is where he and Myra spent their 25th wedding anniversary, after falling in love with the beautiful and tranquil island they made it an annual tradition. Beryl was a true gentleman, respectful, fun and loving.

He is survived by his beloved wife, Myra Hinman; his sisters-in-law Dolores Hinman and Sharon Dahring, many nieces and nephews, and many great nieces and nephews. Beryl was preceded in death by his parents and his siblings, Rex Hinman, Raymond Hinman, Helen Chapman, Glen Hinman, Dean Hinman, and his twin sister Meryl Boltenhouse.

A graveside service will be held on Saturday, July 24, 2021, at 11 am at Forest Lawn Cemetery, 6865 Forest Lawn Road, Three Oaks. A celebration of life will follow at the Three Oaks American Legion, 204 W. Linden St. In lieu of flowers, donations would be appreciated to the Three Oaks Emergency Vehicle Association, PO Box 222, Three Oaks, Michigan 49128.