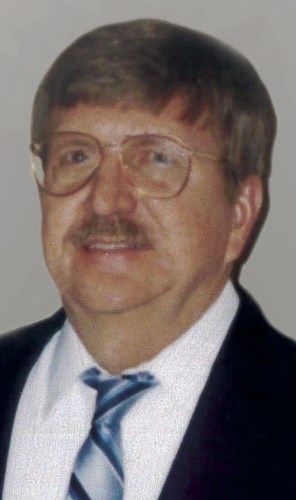 A celebration of life service was held on Wednesday, September 22, 2021, at Swem Chapel, 301 W. Front St., Buchanan. Burial followed at the Galien Township Cemetery with full military honors rendered by the Buchanan American Legion and the United States Army. Visitation was held Tuesday, September 21, 2021, also at the funeral home. Memorial contributions may be made to the Galien Township Public Library, Galien River Church, or Fernwood Botanical Gardens. Those wishing to send a condolence online may do so at www.swemchapel.com.

Dale proudly served his country in the United States Army from 1964 until 1967. After being honorably discharged from the military, he attended Michigan State University where he earned his Bachelor of Science Degree in Criminal Justice in 1971. On July 29, 1972, he married the love of his life, Kay Dalrymple in Galien.

Dale was an honest, dedicated, and hardworking man. He worked as the Chief of Police for the Galien Village Police Department for 39 years while also working in quality control at Nylen Products and then later Supreme Castings. Dale was a member of the Galien American Legion, the Berrien Birding Group, and Fernwood Botanical Garden where he also volunteered. Dale previously served as the Vice President of the Galien Neighborhood Watch. Some of Dale's proudest adventures were when he got to travel to Russia and Hungary and then later to China and Hong Kong with his wife. These trips were part of an educational exchange that his wife, Kay was invited to participate in through the People to People Citizen Ambassador Group. In his spare time, Dale enjoyed reading, being in nature, and playing with his grandson, Bradley. He will always be remembered as a loving husband, the best dad, and nothing less than wonderful.