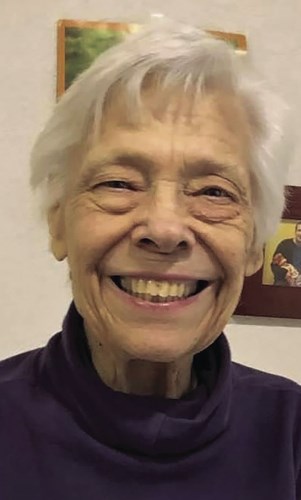 Irene spent a good deal of her life teaching Sunday school at the Sawyer Highlands Baptist Church and later, worked in the nursery. She was an avid reader of high-level psychology literature and World War II history. She will be remembered as a compassionate care giver who enjoyed traveling up north during weekend getaways.

Irene will be greatly missed by family and friends. She is survived by one daughter, Carolyn (Dan) Skorupa of Sawyer; two grandchildren, Cally (Eric) Weist of Fargo, North Dakota, and Kyle Skorupa of St. Joseph; three great grandchildren; one sister, Dianne (David) Nicholas of Pittsburgh, Pennsylvania; one brother, David Moss of Winnipeg, Manitoba, Canada, and a host of nieces and nephews.

She was preceded in death by her parents; her husband; two sons, Mark Payne, Timothy Payne; one sister, Marilyn Shuler; and one brother, Clarence Moss, Jr.

Family and friends will gather for a graveside service on Saturday, August 7, 2021, at 11:00 am in Riverside Cemetery, Three Oaks, Chikaming Township, where she will be laid to rest with her husband.