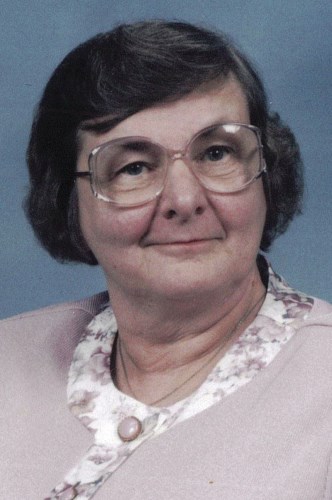 NEW CARLISLE - Marilyn Joan De Boer, 85, of New Carlisle, IN, formerly of Bridgman, MI, peacefully went to be with her Lord on Friday, August 27, 2021.

A Celebration of Life Service will be held at The Christian Reformed Church of St. Joseph, 3275 Washington Ave, St. Joseph, MI, at 11:30 A.M. on September 18, 2021. Friends may visit with the family on Saturday from 11 AM until the time of service at the church. A private family burial will take place at Graceland Cemetery in Bridgman, MI. Memorial contributions can be made to Heart to Heart Hospice, 620 W. Edison Rd., Suite 122, Mishawaka, IN 46545 or The Christian Reformed Church of St Joseph. Arrangements are being handled by Starks & Menchinger Chapel, 269-556-9450.

Marilyn was born on June 8, 1936, to Harry and Anna Kleinmanns in Paterson, NJ. She graduated from Ridgewood (NJ) High School where she was an athlete in softball and field hockey. She attended New York University, studying mathematics and statistics.

In June 1957 she married Henry De Boer Jr. who lost a battle with cancer in 1987. Shortly after their marriage, Henry was drafted into the Army and Marilyn followed him to Japan where she served as a civilian military transcriptionist in the Army secretarial pool. They were able to live off-base in a Japanese neighborhood where they developed friendships and a love for the Japanese people and culture.

Upon returning from Japan, Marilyn served as a court transcriptionist and secretary for several law firms and court reporters. She became involved in Girl Scouting, serving as a district coordinator for the Singing Sands Council in Southwestern Michigan and Northern Indiana. After retiring from Scouting, she served as a Christian education leader for several churches, and was always involved in leading Bible studies as well as writing curriculum and lesson plans. She was an avid animal lover and almost always had a canine companion by her side. Her love of sports never left her and Saturdays were spent watching college football, the Little League World Series and her beloved New York Yankees.

She was preceded in death by her husband, Henry DeBoer and older brother Robert Kleinmanns of Ridgewood, NJ.