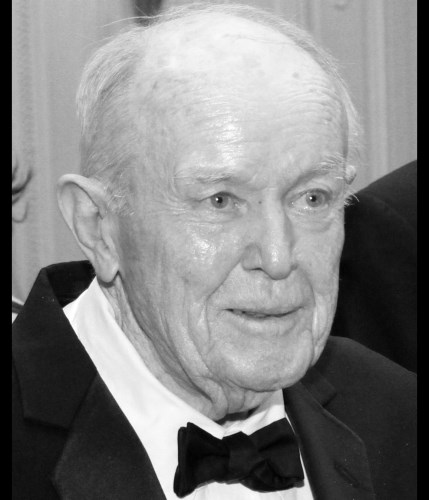 BORN
1930
DIED
2018
FUNERAL HOME
Molloy Funeral Home
906 Farmington Avenue
West Hartford, CT
Brandon J. Hickey, 87, of West Hartford, Connecticut, passed away at his home on Saturday, March 31, 2018. Brandon was born May 12, 1930 to Charles and Betty (McNiff) Hickey. He grew up in New Britain and graduated from Yale University in 1952 and Yale Law School in 1957. He joined the Marine Corps in 1952, served in Korea, and was honorably discharged in 1956 as a captain. On June 9, 1956 he married Adlyn Hollearn. They lived in Greenwich and Farmington, Connecticut and then settled in West Hartford where they resided for more than 50 years. Brandon joined the law firm of Murtha, Cullina, Richter and Pinney on October 1, 1959 where he was a partner and practiced law until his recent retirement. He enjoyed a long career relishing in the challenges of his practice and the satisfaction of serving his clients. One of his passions outside of practicing law was travelling, which he often did abroad by motorcycle. For many years, Brandon led the annual celebration of the Marine Corps' birthday with a raising of the Marine Corps flag over the State Capitol in Hartford. Brandon is survived by his wife, Adlyn, his children Lee McWilliams, Brandon J. Hickey, Jr., Bruce Hickey and his wife Nancy; his grandchildren Tadge and his wife Michelle, Katherine and her husband Peter, Brandon III, Alison, Caroline, Colin, and Lauren; his sister Betty-Ann McGeehan and brother Charles Hickey; his nephews Stephen and Chris. He was predeceased by his parents and sister Jean Berkeley. Visitation will be on Thursday from 5:00 until 8:00 p.m. at Molloy Funeral Home, 906 Farmington Ave, West Hartford. A funeral mass will be held at 10:00 a.m., Friday, April 6 at The Church of St. Timothy, 1116 North Main Street, West Hartford. Burial will follow at Fairview Cemetery, West Hartford. A reception will be held at Wampanoag Country Club, 60 Wampanoag Drive, West Hartford beginning at 11:30 a.m. Online expressions of sympathy may be made at www.molloyfuneralhome.com