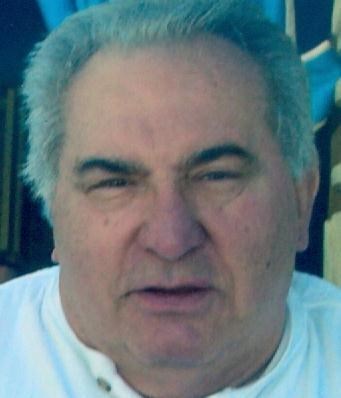 Carmine Cornelio "Bud" DiMaria, 82, of Naugatuck passed away peacefully Sunday November 29, 2015, at Waterbury Hospital surrounded by his family. Born in Naugatuck, son of the late Ernesto and Ida (Cornelio) DiMaria, life long resident of Naugatuck residing just a block away from where he was born. He was a graduate of Naugatuck High School. He started his higher education at Bates College in Lewiston, ME and received his BS in Chemical Engineering. Bud completed a Master's degree from Tuft's University in Medford, MA. One of his most rewarding accomplishments was being named All Maine lineman at Bates as an offensive lineman on the football team where he received the nickname "Moose." Upon moving back to his hometown Naugatuck, he married Tanina "Tina" (Giuliano) DiMaria and raised their three children there. Bud was an entrepreneur, operating Seabord Northeast Contractors, Cardi Associates, A&J Lawn and Valley Professional Maintenance, but was most proud of his flooring company DIMAR Associates. Bud was a founding member of the Naugatuck Junior Football league. He was actively involved in the youth of Naugatuck and served as a coach of the "Jets." Among the many committees' he served on, he was elected Chairman of the Board of Education. As Chairman he was instrumental in improving the curriculum and the teaching standards for the town. Bud was also very active in Civic Affairs, Serving as President of the Local Exchange Club, State President and State District Director. During his tenure the state founded the second Child Abuse Prevention center in CT. Bud enjoyed cooking and was always ready to try out a new recipe for family and friends. He and former Mayor, the late Adam Mengacci and son Jim Mengacci, cooked many pasta dinners and pancake breakfasts for the community. He is survived by his three children, son Todd DiMaria of Chapel Hill, NC and his daughters Ashley and Alyssa, his wife Doris and her daughter Amanda. Daughter Lucida Delorenzo of Berlin, CT her husband Michael and her sons Mitchell, Max and her grandson William. Son Luke DiMaria of Rocky Hill, CT and his son Luke Jr. and daughter Tianna. He is also survived by his life partner Carolyn Capozziello of Naugatuck, CT her two sons; son Matthew his wife Jennifer and his sons Connor and Aiden; son Alphonse his wife Renee and sons Kyle, Steven and grandson Riley. Bud leaves behind his two brothers Donelli DiMaria his wife Diane of Santa Fe, NM and Ernest DiMaria his wife Virginia of Walnut Creek, CA and his three children Mark, Diane and Peter. A Mass of Christian Burial will be held Saturday at 11am, directly in St. James Roman Catholic Church, 767 Elm St. Rocky Hill. Interment will follow in the family plot at Center Cemetery, Rocky Hill. Relatives and friends are invited to visit at the Giuliano- Sagarino Funeral Home at BROOKLAWN, 511 Brook St. Rocky Hill, Friday, from 5-7pm. The family wishes to extend a sincere thank you to the Waterbury Hospital's ICU unit, especially Dr. Richard Silverman and his team. Gifts in his memory may be made to the Youth Organization of the donor's choice. For online guestbook please visit www.brooklawnfuneralhome.com

To plant trees in memory, please visit our Sympathy Store.
Published by Hartford Courant on Dec. 2, 2015.
MEMORIAL EVENTS
Dec
4
Visitation
5:00p.m. - 7:00p.m.
Brooklawn Funeral Home - Rocky Hill
511 Brook Street, Rocky Hill, CT
Dec
5
Mass of Christian Burial
11:00a.m.
St. James Roman Catholic Church
767 Elm St., Rocky Hill, CT
Dec
5
Interment
Center Cemetery
family plot, Rocky Hill, CT
Funeral services provided by:
Brooklawn Funeral Home - Rocky Hill
MAKE A DONATION
MEMORIES & CONDOLENCES
Sponsored by the family.
17 Entries
DiMaria Family our sincere sympathy goes to all of you. We just learned of your dad's passing. Veronica & Bruce Anderson
Veronica Anderson
August 29, 2016
Luke our sincere sympathy goes to you and family on your recent loss. Our thoughts and prayers are with you at this most difficult time
Rob & Kay Sagarino
December 14, 2015
I have fond memories of Bud as swim coach, family friend and fellow Exchangeite. Rest in peace, Moose!
Bob Kiernan
December 10, 2015
Luke,Luke Jr and Tianna,
I am so sorry to hear of the loss your dad/grandfather's passing. You are all in my thoughts & prayers.
Pam Porter (CT DVA)
December 10, 2015
Luke our thoughts and prayers go out to you and your family on the passing of your father. We would have come to the wake but did not know until last night. If we can do anything for you or your children let us know.

Tony & Paula Schiavone
Anthony Schiavone
December 6, 2015
We were so sorry to hear of your loss. The thoughts of many are with you at this time of sorrow.
December 6, 2015
My condolences to all of Bud's family, and life long mate Carolyn. Bud was a great guy, I loved his gruff voice when he said his name. God bless.
December 5, 2015
Thank you Mr. D for some advice you gave me at the young age of 17. Forty years later it still comes to my mind when it's needed. God bless your family and give you peace.
Kathy Creager-Lupoli
December 3, 2015
Condolences Carol for the loss of your best friend and life partner. Bud was a good man who enjoyed life. He was a great cook too!
Eric and Nikki Oldaker
December 3, 2015
To the DiMaria and Mrs.Tina DiMaria and Extended Family Members and Friends, I would like to extend my most heartfelt sympathy for your loved ones passing! Let God, be your strength in your time of sorrow! Please let the love of friends and memories of your father be the joy for your tomorrow! Your dad loved family, especially his children and your mother truly loves and boasted at the hearing of your names; Todd, Luciana and Luke! I will always remember the family that had no prejudice inside them and was accepting to unique and genuine family and good people, sports, events and culinary(cookining events)! Your dad is in Heaven, and let his memories always be a shining to your soul when you are down! Always in my thoughts and prayers! Be Blessed Always, Paula Valerie (Ferrine-Lucky)Brockington
Paula Ferrine Brockington
December 3, 2015
Bud was a great man! I'm very sorry for the family and friends that lost him. He will always be remembered in out minds and our hearts!
God Bless
Kirk Donovan
December 3, 2015
Dear Luke and Family: My heart sank when I read the loss of your Dad. May the precious memories of this extraordinary man, help to ease the pain and provide some comfort. Through the precious gift of memories, he will live on forever in the hearts of all who had the pleasure of knowing him.

With Heartfelt and Deepest Sympathy,
Holly Maurice
December 3, 2015
Luke, Luke, Jr. and Tianna: Ardent prayers for all of you at this sad time.
Love and blessings, Loretta
Loretta Dyson
December 3, 2015
Luke, Luke Jr, Tianna - My thoughts and prayers are with all of you with the passing of your father and grandfather.
Joyce B. Comer
December 2, 2015
So sorry to hear of Buds passing. May your memories help you through this difficult time.
Pege Cyr
December 2, 2015
My love and my heart are with you today as always love fran
Frances Mogelnicki
December 2, 2015
We extend our deepest sympathies at this time and thank you for entrusting us with the care of your loved one.

Please know that you are in our thoughts and prayers.