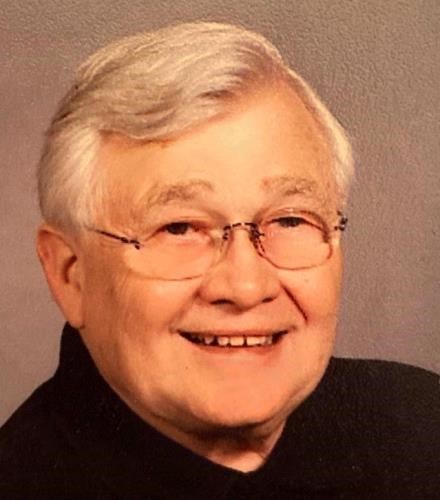 BORN
1937
DIED
2020
FUNERAL HOME
Bitner Crematory, LLC
2100 Linglestown Road
Harrisburg, PA
Reverend Charles W. Gelbach, 82, formerly of Madison and West Hartford, CT, passed away peacefully on Friday July 3, 2020. Born October 5, 1937, in Duncannon, PA, he was the son of the late James W.R. and Mabel E. (Reed) Gelbach. Charles earned a Bachelor's degree from Ursinus College, and later his Master of Divinity degree from Lancaster Theological Seminary. He played the trombone in the Air National Guard Band. In 1962, he was united in marriage with Paula (Olewiler) Gelbach and settled in Madison, CT, where he assumed the Pastorate of First Congregational Church of Christ. Charles and Paula moved to West Hartford, CT in 1971 to raise their daughters, when he was named Pastor of First Church of Christ Congregational. In 1977, Charles and Paula were hired as the Executive Team of the Immanuel House, a United Church of Christ Elderly Housing facility in Hartford, CT. They were honored by the U.S. Department of Housing and Urban Development, in 1995, for their work at Immanuel House. Upon their retirement, Charles and Paula moved to their home in Bremen, Maine and traveled a great deal, until calling The Lutheran Home at Topton, PA their final home. After 57 years, Charles was preceded in death by his wife, Paula, on October 12, 2019. He is survived by daughter Sarah DeMichele M.D., and her husband Andrew DeMichele M.D., daughter Ellen Foss, and her husband Christopher Foss. Charles was the loving grandfather of Andrew and William DeMichele, and, Hannah and David Foss. He is also survived by his sister Sarah Susannah Gelbach Wood, and her husband Ronald Wood, and, sister-in-law Rebekah Roberts, and her husband Philip Roberts, their children, spouses and grandchildren. A private Memorial Service will be held at the convenience of the family. In lieu of flowers, memorial contributions may be made to The Lutheran Home at Topton, 1 South Home Ave, Topton, PA 19562. Please visit BitnerCares.com to share memories and condolences.
Published by Hartford Courant on Jul. 10, 2020.
To plant trees in memory, please visit our Sympathy Store.
MEMORIAL EVENTS
To offer your sympathy during this difficult time, you can now have memorial trees planted in a National Forest in memory of your loved one.
Funeral services provided by:
Bitner Crematory, LLC
MAKE A DONATION
MEMORIES & CONDOLENCES
Sponsored by the family.
1 Entry
Sarah and Family,
I'm so sorry for your loss.
I remember your Dad at First Church, great man..
I helped my mom decorate and redo his office so so long ago.
Jennifer Ginn Dougherty
Acquaintance
July 11, 2020
Showing 1 - 1 of 1 results