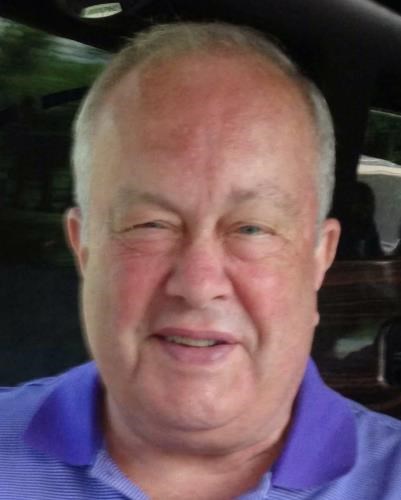 Charles R. "Chuck" Snyder, III, 75, of South Glastonbury, CT died suddenly Sunday June 21, 2020. He is survived by his loving wife, Doris Snyder (Davidson) and their dog Tango. Born in Bradford, PA to Charles and Sue Snyder, Chuck had a distinguished career in financial services from 1966-2013, including work with New England Life, State Mutual, Allmerica, FFP Securities, and First Allied Securities. In 1995 he founded First Financial Associates, LLC, and its legacy continues today. He touched the lives of many people, helping thousands of families to retire comfortably, and trained hundreds of men and women in the field of retirement planning. A source of pride was that he never hired a person from the financial services industry, preferring instead to find good people and train them from scratch. At his career height he personally employed 276 people across CT and southern MA in this manner. His business awards and accolades are too numerous to mention. Chuck was a vibrant, energetic person, who always had a story to tell, and loved to laugh. Personal interests included art and antique collecting, Broadway, horse racing, and golf. He was a member of Glastonbury Hills Country Club since 1973 and a fierce competitor. "The Berube" was always his favorite tournament and stoked those competitive fires. Chuck coached youth baseball, basketball, and football in Simsbury and Glastonbury for many years as a younger man. He loved annual trips to Saratoga Springs and Bermuda. Chuck would want you to know he was a Whac-A-Mole champion, and that the best hot dog can be found at Walter's, in Mamaroneck, NY, and the best donut at Mrs. Murphy's in Southwick, MA. Locally, Augie and Ray's in East Hartford and Carbone's Ristorante in Hartford were frequent haunts. His many philanthropic interests included the Cystic Fibrosis Foundation, The American Cancer Society, and the Glastonbury Historical Society. He grew up mostly in Wooster, Ohio, with stints in IL, NY, and NJ. Attending Trinity College brought Chuck to the Hartford area. Upon graduation in 1966, he served in the Army National Guard. In recent years he wintered in Bonita Springs, FL, near his sisters Val Shaha and Pat Demos. He was predeceased by his sister Karen Sullivan. Chuck had five children- Robert, Jessica, Beki, Tim, and Jeff- eight grandchildren, and one great-grandchild all who loved him dearly. All services will be private, at his request. In lieu of flowers, donations can be made in his memory to Cystic Fibrosis Foundation @ Cff.org/give-today (Choose: Connecticut chapter, and then in Memory of: Chuck Snyder).
To plant trees in memory, please visit our Sympathy Store.
Published by Hartford Courant on Jun. 28, 2020.
MEMORIAL EVENTS
No memorial events are currently scheduled.
To offer your sympathy during this difficult time, you can now have memorial trees planted in a National Forest in memory of your loved one.
MAKE A DONATION
Please consider a donation as requested by the family.