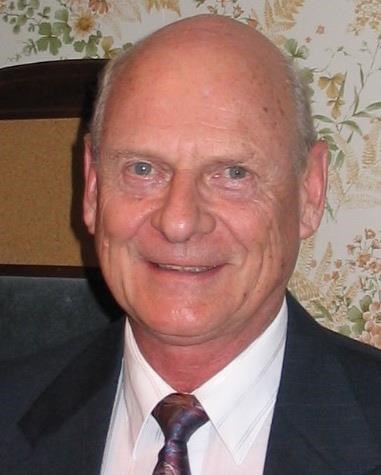 BORN
1935
DIED
2021
Charles "Sky" A. Storms of Ocala, Florida died August 26, 2021. He was born May 11, 1935 the son of William F. Storms, MD and Marion (Collins) Storms and raised in Wethersfield, Connecticut. He is survived by his wife of more than thirty years Midori (Nakahara Tanaka McGee) Storms. his brothers Peter F. and Nancy (Amrein) Storms in Rocky Hill, CT, James A. and Robbie (Snyder) Storms in Essex, CT. sister-in-law Sally (Simmons) Storms in Troy, NY, and seven nephews and nieces. He was predeceased by his brother Thomas W. Storms. Chuck led an adventurous career starting with aircraft maintenance, a stint in the air force, and as a teacher and administrator in Brattleboro, VT. He became very interested in flying small planes and even spent time taking pictures of farms and estates from the air. He chose to call himself Sky Storms, and that is the only name that many of his friends know him by. In the late 1980s he and Midori retired from teaching and moved to Ocala, Fl, initially to a house with an attached small hangar on a grass airstrip, Shady Airport. He tried his hand at many ways to earn some extra money, some of which bore fruit and many of which did not pan out, but he had a great time. In recent years he did volunteer work teaching prisoners ways to apply for jobs providing each person with a copy of his book on How to Get a Job. He was pleased that some of them were successful. He was an enthusiastic storyteller, always ready with something to say. He was also a small plane trader, buying, flying then selling to buy again. He ultimately joined a flying club to make things more affordable. His best friends were the folks he flew with, who made it possible for him to be the pilot some of the time. His wish on his departure was for them to have a celebration party and to spread his ashes over Shady Airport. He has now embarked on his ultimate flight

Published by Hartford Courant on Oct. 10, 2021.
To plant trees in memory, please visit the Sympathy Store.
MEMORIAL EVENTS
To offer your sympathy during this difficult time, you can now have memorial trees planted in a National Forest in memory of your loved one.
MAKE A DONATION
MEMORIES & CONDOLENCES
Sponsored by the family.
1 Entry
We miss you forever dear friend and kind soul
Joseph and Lorraine scrivani
October 14, 2021
Showing 1 - 1 of 1 results