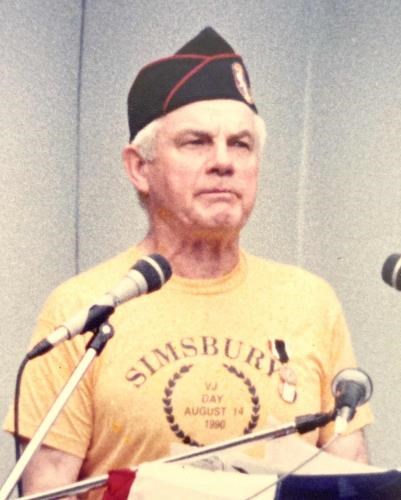 BORN
1922
DIED
2021
FUNERAL HOME
Carmon Community Funeral Homes
301 Country Club Road
Avon, CT
Daniel W. Crowley, a former top salesman for Northwestern Mutual Insurance, survivor of the Battles of Bataan and Corregidor, and prisoner of war of Imperial Japan, passed away peacefully of natural causes on Thursday, September 16, 2021, at his home in Simsbury, Connecticut. He was 99. He was born May 29, 1922 and raised in Greenwich, Connecticut. The son of the once-famous women's fashion icon, textile designer Timothy F. Crowley and Janet (Cook) Crowley, Dan experienced the depths of the Depression when his father's business failed. He enlisted in the U.S. Army Air Corps in October 1940 and was sent to the Philippines in March 1941. Mr. Crowley was assigned to Nichols Field, which was destroyed when the Japanese attacked December 8, 1941 and the U.S. entered WWII. He fought on the Bataan Peninsula with the U.S. Army's Provisional Air Corps Infantry Regiment fending off three Japanese amphibious landings. After the Bataan Peninsula was surrendered April 9, 1942-the single largest military surrender in American history-he swam the three miles of shark-infested, mined waters to Corregidor Island in Manila Bay. On Corregidor, Mr. Crowley became part of the 4th Marines fighting a dangerous and desperate shore defense until the island fortress fell on May 6, 1942. After surviving a series of brutal work details on the Philippines, in 1944 he was sent aboard a hell ship to Japan. There, he was a slave laborer mining copper, first for the Hitachi Company, and then for the Furukawa Company at their Ashio mine. Mr. Crowley was liberated on September 4, 1945, and was home to Connecticut by Christmas. He first became a traveling salesman dependent upon commissions and his wits. In 1958, he began working for Northwestern Mutual insurance where he soon became one of their top producers, and a member of their Million Dollar club. Crowley believed he enjoyed a good life in Simsbury, but he never forgot the years stolen from him by the Japanese. In 2013, he was instrumental in having the bridge on Route 185 in Simsbury named the "Bataan Corregidor Memorial Bridge" in memory of those soldiers who fought alongside him and who lost their lives fighting the Japanese on Bataan and Corregidor. In October 2014, Mr. Crowley returned to Japan as part of the 5th US-Japan POW Friendship program. Unfortunately, Furukawa executives refused to meet with him. He did, however, revisit one of the mines where he toiled. In 2016, he attended President Barack Obama's Veterans' Day breakfast at the White House. And on January 4, 2021, at a ceremony at Connecticut's Bradley Air National Guard Base, U.S. Senator Richard Blumenthal presented Mr. Crowley with his long-delayed promotion to Sergeant, an honorary Combat Infantryman Badge (CIB), and a Prisoner of War medal. He was married 65 years to Marie Boles who preceded him in death in 2012. They had two children, a son Daniel W. Crowley, Jr. (deceased) and daughter Janet Sackbauer of Vail, Colorado. On April 24, 2014, he married Kelley Thomen who accompanied him in 2016 to Washington for President Obama's Veterans' Day White House Breakfast. Both Kelley and Janet were by his side when he died. In addition to his wife and daughter, he is survived by his son-in-law Frederick Sackbauer and grandchildren Lucy, Mary and Timothy Sackbauer, Daniel William Crowley III, and great-grandson Peyton Crowley. A public celebration of life will be held on Friday, November 12, 2021 at a time and place TBD. Mr. Crowley was a life-time member of VFW, American Legion, and DAV, as well as the American Defenders of Bataan and Corregidor Memorial Society. Donations should be made in Sgt Crowley's name to the American Defenders of Bataan and Corregidor Memorial Society; checks made out to "ADBCMS" may be sent to Society Treasurer, Ms. Judy Pruitt, 23 Elwell Road, Jamaica Plain, MA 02130, or at https://www.adbcmemorialsociety.org/Memorial-Donations. The Carmon Funeral Home & Family Center of Avon is entrusted with the family's arrangements. To share a memory or condolence message with Mr. Crowley's family, please visit www.carmonfuneralhome.com.

Published by Hartford Courant from Sep. 23 to Sep. 26, 2021.
To plant trees in memory, please visit the Sympathy Store.
MEMORIAL EVENTS
To offer your sympathy during this difficult time, you can now have memorial trees planted in a National Forest in memory of your loved one.
Funeral services provided by:
Carmon Community Funeral Homes
MAKE A DONATION
MEMORIES & CONDOLENCES
Sponsored by the family.
6 Entries
Daniel Crowley was a remarkable person . His service to his country was incredible. He gave of himself in ways that were extremely brave and loyal. As my Fathers brother he will always have a special place in my heart. He will be sorely missed and I feel so sorry for Kelly and everyone who had the good fortune of knowing him. God bless you Uncle Dan , you will be in my heart forever.
Tim Crowley
October 7, 2021
First my condolences to your family. Although I did not know this man, I was interested in his obituary and wanted to say a heartfelt thank you for his service during WW2. From stories I have read, this man lived through hellish conditions as a prisoner of war and I am sorry he had to go through that. I am a grateful American that brave young men fought so hard to keep our country free. May he Rest In Peace.
Carol Lawrence
Other
September 26, 2021
My condolences to Kelly, Janet and family. Prayers. Met Dan and Kelly at a church dinner in North Canton. Enjoyed his great personality and sense of humor. Many good memories. He will be missed. R.I.P. Dan. Dave, Cathy, Carl and Mavis.
Mavis A. Curtis
September 23, 2021
sorry for your loss,Dan and my dad were with the v.f.w simsbury post for years. thank you for your service Dan .
the Earl higley family
Friend
September 23, 2021
sorry for loss,Dan and my dad were mememberof the v.f.w.1926inSimsbury for years my mom and I were with the simsbury womens aux.many a happy moment spent there .
sandra Higley pixleyand Janice higley
September 23, 2021
My deepest sympathy. Thank you Daniel for your service.
Sara Rosenbecker
September 23, 2021
Showing 1 - 6 of 6 results